Not so much to report from the last Sunday before Christmas, apart from another cracking day sailing in the balmy December breeze. (It did rain though.)

Wind was a shade less than the forecast 14kts and from the SSW. Rain showers moving through kept the morning race interesting, but caused quite a shut off on the last lap. Thankfully the lull was relatively short-lived and the wind returned with a touch more W in it for the pm races.

Good turnouts again with 20+ boats on the water; the Handicap fleet was especially strong with 3 RS200s, 2 Aeros, 2 Phantoms, 2 Toppers, RS300, RS500, National 12 and Albacore in attendance.

With one more weekend to go, Gareth has the Handicap Series sewn up with straight wins and Kevin S is looking good in the Lasers, but its all to play for in the Solos. Mark A won again on Sunday and now leads the series by 1 point from Tim L, who was on duty this week. But Tim has better discards, so if Mark suffers an excess of Xmas cheer and doesn't show next week, Tim can win overall on countback if he wins the race. Paul P can also sneak into 2nd with a race win if results go his way.

At time of writing, Laser results weren't posted so Boss of The Barn will have to wait, but based on the results that are in, Kevin P is looking good for his first win and Paul P is a solid 2nd.

During and after racing Mike and Sasa, Tessa and Uta did sterling work readying mince pies and mulled wine resulting in a quite convivial post race wind-down...that is until the youngsters arrived for the traditional Children's Party. Older kids were then to go bowling and the day was due to end with a Chrismas Curry at the local Indian. Sadly, I was already double booked with parties, so missed the fun and games. 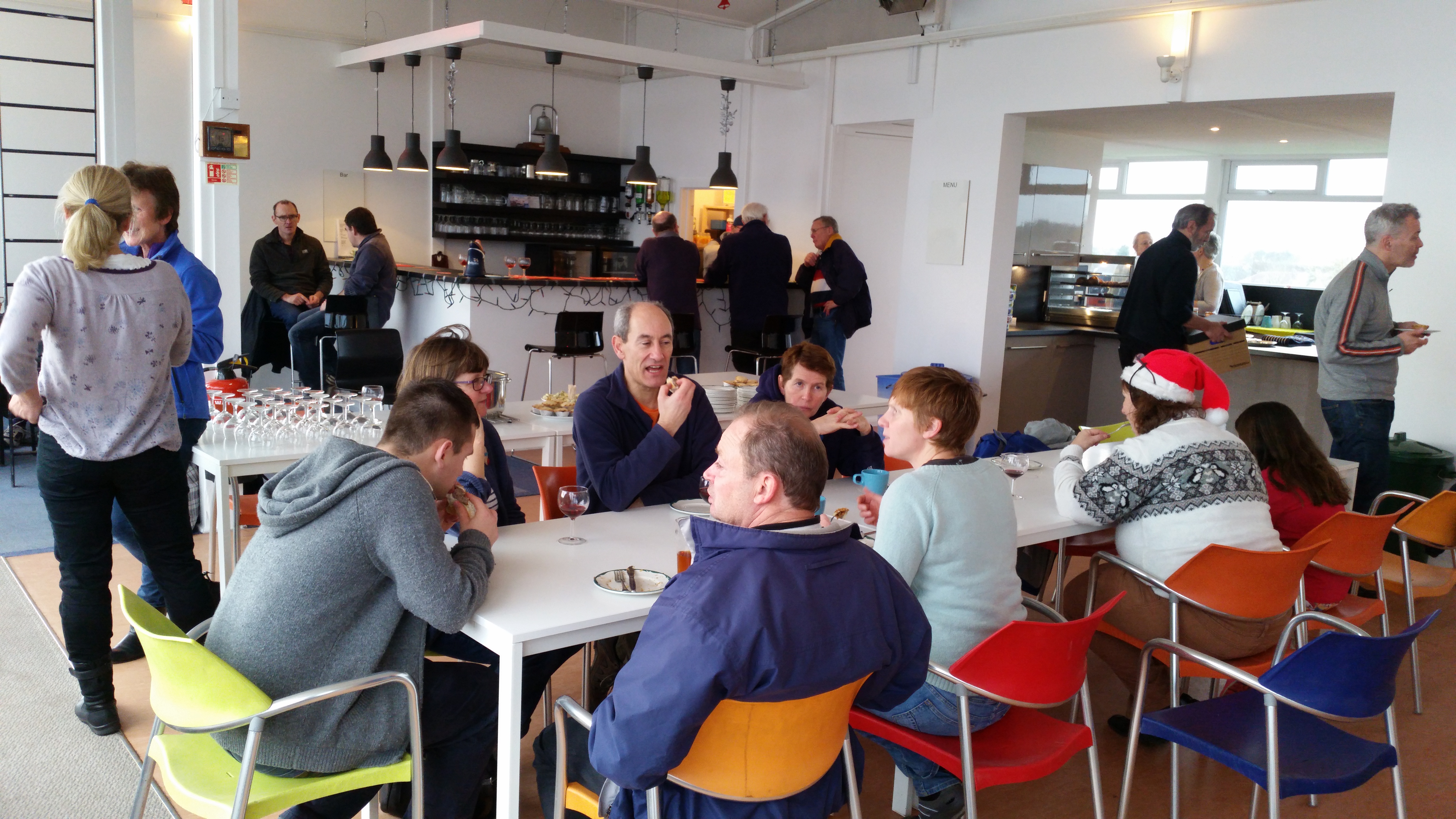 Last racing of the year next week, and the day after Boxing Day should be incentive enough to get plenty of people out on the water for a bit of exercise. Also note that at time of writing it is quite likely that the Working Paty, currently scheduled for 27th March 2016 will be moved back to avoid the clash with Easter Sunday and hopefully make it more convenient for members to attend.