The forecast for this Sunday's sailing was "challenging": 26kts with gusts of 45kts. Sailors around the country probably took one look and turned over for an extra hours sleep, or decided to clear out the shed. At IBRSC, conditions were as forecast and many that did show up did not get round to removing the cover from their boat. There was a hardcore of enthusiastic madmen who did put boat to water and live to tell the tale. Conditions were brutal with enormous gusts sweeping over the bank, so kudos to:

Gareth Griffiths (Aero 7) got round to the last lap before a second capsize, then a teabagging and separating the extension from the tiller put an end to his exploits

Gareth recorded 17.7kts on his RaceQS app, and yes that was whilst on the water, not whilst driving to the Club!! Pretty impressive stuff. 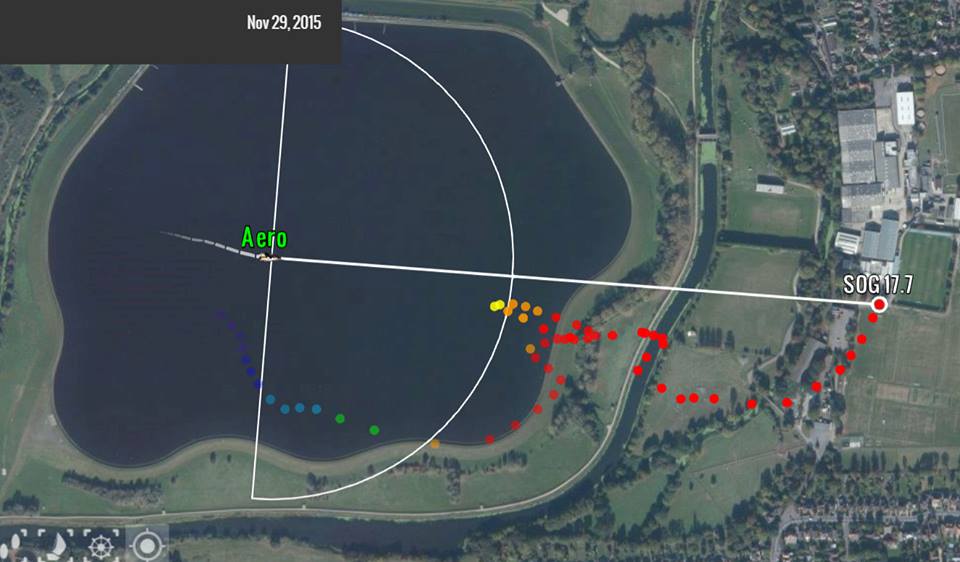 After the one race everyone sensibly called it a day so there are joint Bosses of the Barn today - Peter and Tim for winning their respective class races.

Next Saturday we have a full complement of Toppers for SE Region training. Let's hope conditions are a little more forgiving for the youngsters, although as I write, it's not looking good (25kts forecast for Saturday).