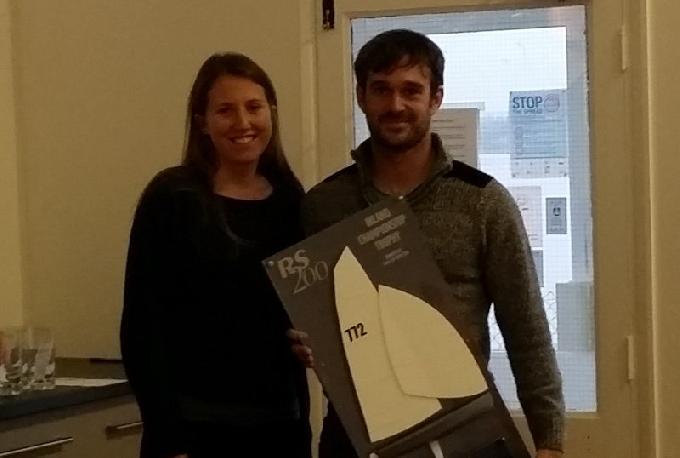 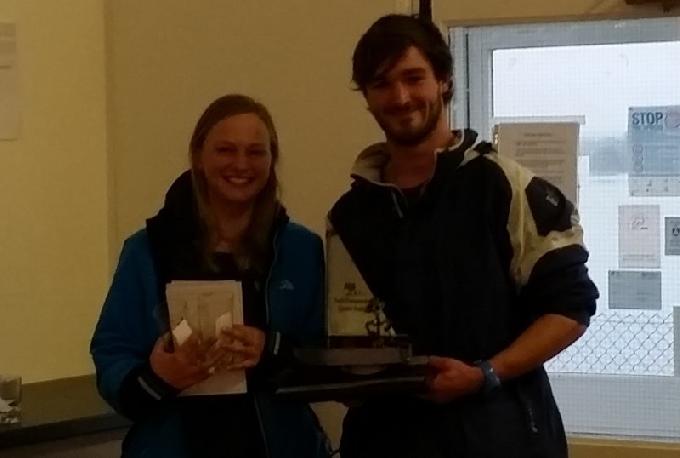 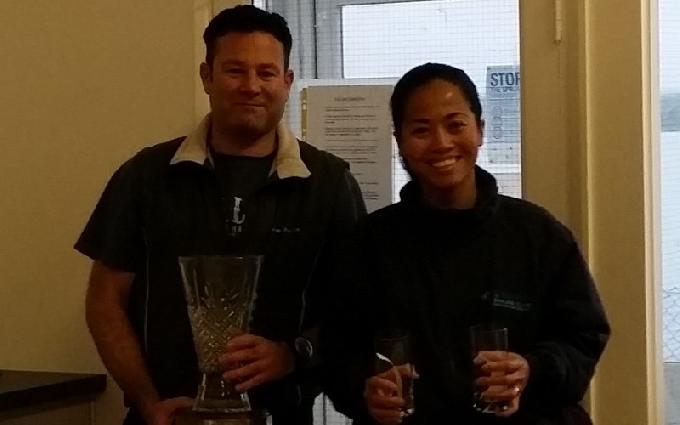 Well, it all worked out in the end I think, but enough kittens were being had the weekend before to breed a litter of tigers... After some very pointed chasing of builders (and hard work and late nights on their part: credit where credit is due), and some intense furniture moving, cleaning and tidying by a bunch of volunteers on the Friday night, we had some sort of clubhouse ready for the rearranged RS200 inlands. Glad the turnout was moderate 60 or 70 might have been a struggle: especially in the ladies at lunchtime. Hopefully that got fixed yesterday at the workparty, I know plumbing was being done.

The course used for all races was basically a windward/leeward with a short reach at the top so that boats heading downwind are clear of the windward mark approach. This is usually called a spreader mark. At the other end there were two leeward marks – a gate – in which you cheese which mark you go round, inside to outside.  The hitch out to the spreader mark was usually good for the kite in this case. Those legs can be quite "interesting" in the very high performance boats where it may be a mad two sail reach with pitchpoles. I digress.

Anyway, a southerly, so the beats were across the shorter dimension of the reservoir. It was good and shifty, so more than enough room to get comprehensively the right or wrong side of the beat, but the boats were still close enough that the windward mark roundings were very intense, especially as a lot of boats seemed to come in late on port tack. The shifting winds also kept the mark boat teams busy providing adjustments.

The first attempt to send off Race One started with a general recall. The restart saw Joanna Wright and Tom Brophy lead round the first lap, followed by Tom Ballantine and Mary Henderson. On lap two Ian Martin and Lucy Preston took the lead, with the other two following. David Jessop and Cliff Michelmore came through to third.

Race Two saw Clare James and Lucy Gibson (good to see you back, Lucy) take the right hand side of the track on the first beat, when nearly everyone else went left. At one stage they had a huge lead, but a big header at the top mark let Martin & Preston just slip ahead of them to lead for the rest of the race. Simon Cory and Denise Judd sailed an excellent run to come through to second place at the end of the lap, with Ralph and Sophie Singleton coming through on lap two. By the end of lap 3, however, Wright and Brophy were up to 2nd, and after a bit of place swapping the Singletons took third from Tim Saxton and Nicola Groves.

Time for lunch. Plenty of lunch too as we were more than a little over catered. Got to pay tribute to Yin, Uta and all the others who put the kitchen together on Friday night, produced a very impressive and delicious spread and generally exceeded expectations. They got the loudest cheer in the prize giving and deserved it too.

Anyway, competitors were chivvied out on the water with lunch barely digested for Race Three.

After a single lap in reverse order the 1st two were again Martin & Preston then Wright & Brophy. Andrew and Jill Peters, from just up the road, took third from Dicken Maclean and Philipa Daniels. Dicken *should* know the reservoir, but maybe its been a while. Your reporter remembers the first windward mark of this race as being particularly busy looking through the camera lens, and I think it was this one where one boat ended up with a bowsprit in the revealing starboard side during the melee. Was that an attempted battle of Agincourt re-enactment? Not in good taste people! For the regular locals this was Peter Curtis/Tony Sproat's race, but with a large lump of what if about it. They were up to 5th for large parts of the race, but the last run went horribly wrong and they ended up 10th. This was good enough to secure them first all IBRSC crew in the results though.

Race Four, and Martin & Preston led all the way round to grab the series. Wright & Brophy came through on lap two to make second overall safe. Jessop and Michelmore took 3rd and Ballantine and Henderson 4th.

Race Five. The wind let us down for this one. Thoroughly. Far too much of it was a drift fest. It didn't seem to bother Ian Saxton and Nicola Groves too much, as they led round two very slow laps.  Wright & Brophy got another second, which meant that Saxton and Groves took third place overall at the last gasp. 4th overall went to Ballantine and Henderson (who also picked up the U23 trophy), 5th to Jessop and Michelmore and 6th to Jack Holden and Amy Yeoman.

Well, a comprehensive win for Ian Martin and Lucy Preston, who made good decisions on the water all day, not the least of which was to head home after race 4 and miss the last race drift... A very solid second place for Joanna Wright and Tom Brophy, and a last race salvage for Saxton and Groves. Nicola was first IBRSC sailor across the line, and Peter and Tony 1st all IBRSC crew.

Photos of the Racing

The gallery of the RS200 Inland Championships at IBRSC can be found here
Here is a selection from the day: 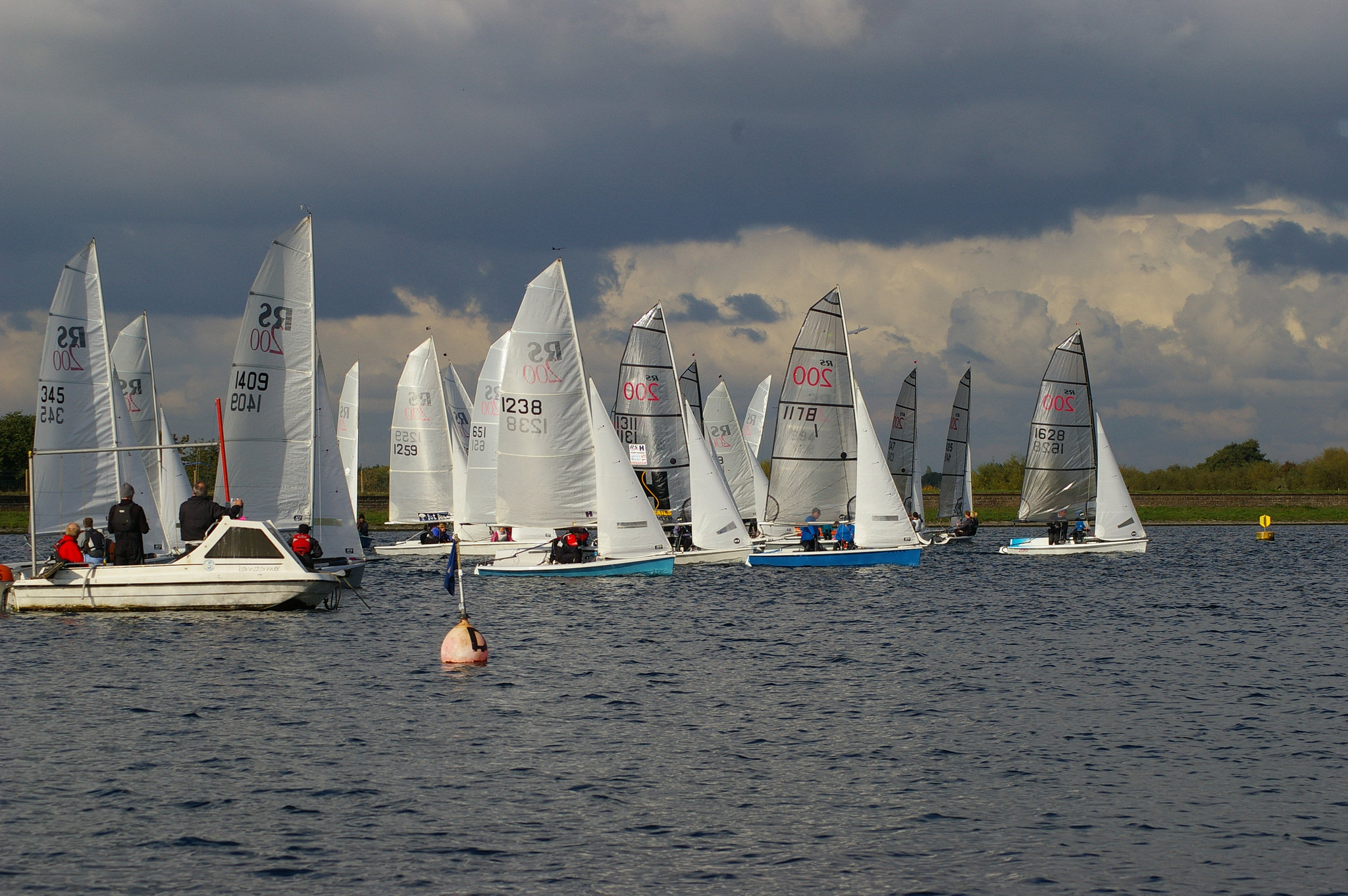 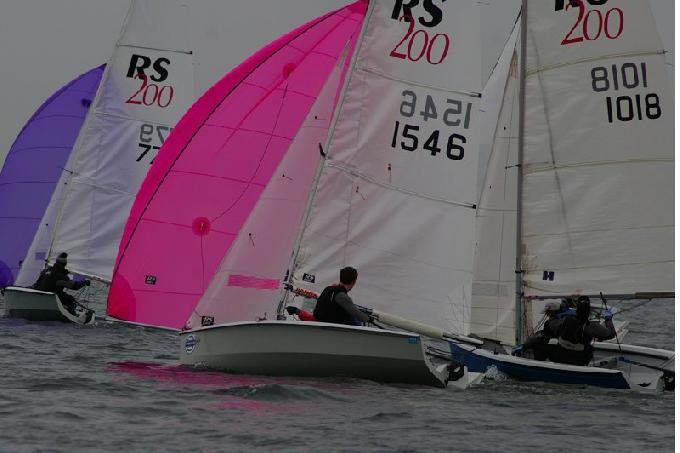 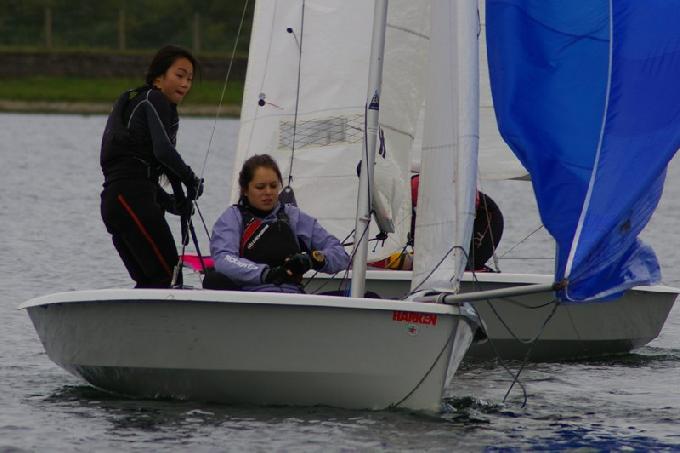 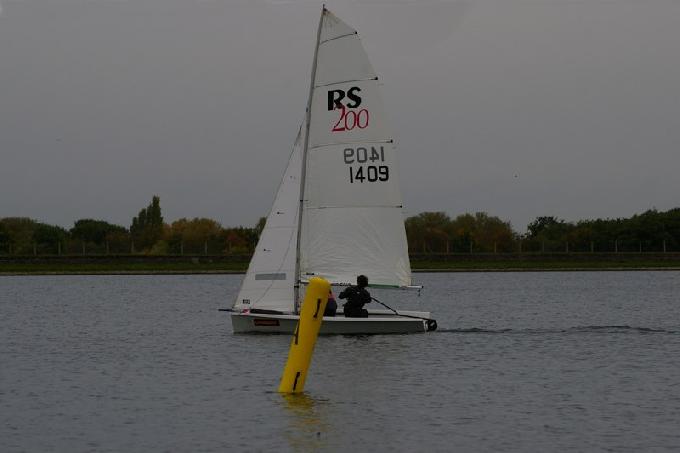 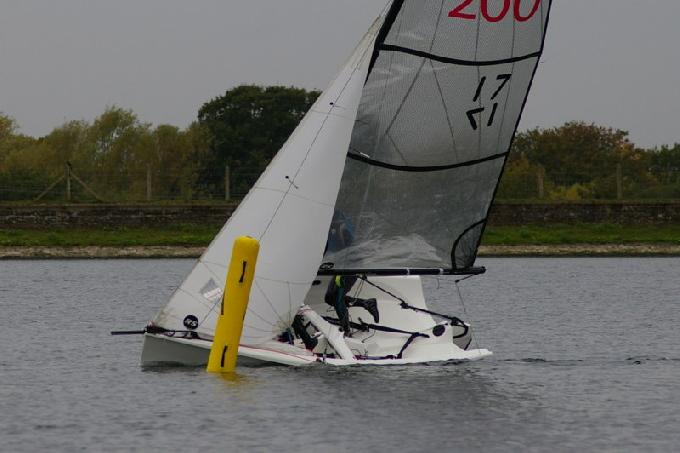 If you'd like copies of photos I took from the event you can email me here, but my enthusiasm for trawling through 250 odd photos to email out a selection is very limited - a SAE and a USB stick/SD card with 700MB free coming to me in the post would be my preferred route, or for local sailors there are copies on the club laptop (when we have somewhere at the club to keep it).