The morning races had a pretty reasonable racing breeze, I suppose bottom end of Force 2, and although it had a bit of a tendency to clock back and make runs and beats rather one sided, there seemed to be some intense racing with plenty of place changing. In race 1 first Rob Beere, from Frensham Pond, and then Simon Hamment from Papercourt held the lead, but Ross Williams from Grafham took the lead on the last lap where it counts. First Radial throughout the race was Emma Crane, who's one of the unlucky folks until recently based at the late Bewl Valley SC.

Rob Beere again led at the end of the first lap of race two, and indeed for most of the race, but somehow Williams, who had been way down in the pack at the end of lap 1, managed to contrive to be leading at the end of this race two. Into lunch with two bullets. That's half the job done. Only half though…

Melissa Meredith from Papercourt was leading Radial on lap 1, but Emma Crane soon slipped past and took the lead for the rest of the race. They were never very far apart though...

With lunch only half digested the competitors were chivied out on the course to get started before the weather deteriorated too badly. Well, it did deteriorate badly, because they were two exceeding tricky races with very light air much of the time, lulls and holes and all sort of possibilities to go badly wrong...

In race three Gary Bullock took the lead on lap one, chased hard by the veteran John Reay, who knows the water at Island Barn well. On lap two David Jessop took the lead, and kept it during a rather unpredictable third and last lap. Behind him places were changing frequently. Places were also changing amongst the Radials, but in the end Emma Crane beat Melissa Meredith.

So, it was really between Williams and Jessop for the last race. At the end of the first (somewhat frustrating) lap Gary Bullock was leading, with Jessop 2nd and Williams down in 5th. Jessop took the lead on the second and final lap, whilst Williams dropped down to 6th. Not the most satisfying of afternoons weather wise, but at least we finished the races before the worst of the drizzle came in. Lulls and holes and so on there may have been, but they didn't seem to faze Jessop from Papercourt SC (why, in this context is that not a surprising home club I wonder) who managed the conditions with aplomb to score two wins, which, with Ross scoring two 6ths was enough and more to get his name on the silver dish.

Meanwhile in the Radials Ms Meredith was also finding the best way round the track, with several full rig boats between her and the former Bewl Valley sailor. So Emma Crane won the Radials quite handily, although the superb last race result from Melissa Meredith of, yes, Papercourt, brought her almost within reach.

Our old friend John Reay took the glass for Grand Masters and better, Alistair Smith, not a regular Laser sailor, was best home boat and Harry Phelps from IBRSC, hardly a Laser sailor at all, was best U18. Turnout, with 23 boats on the water wasn't bad, especially as the forecast was less than encouraging.

Here are the results,

And here are some photos. Not the greatest selection I'm afraid, but I had to take them from the bank, and our clubhouse is on the wrong side of the reservoir for decent light (full gallery of the Laser 2015 Open photographs are here). 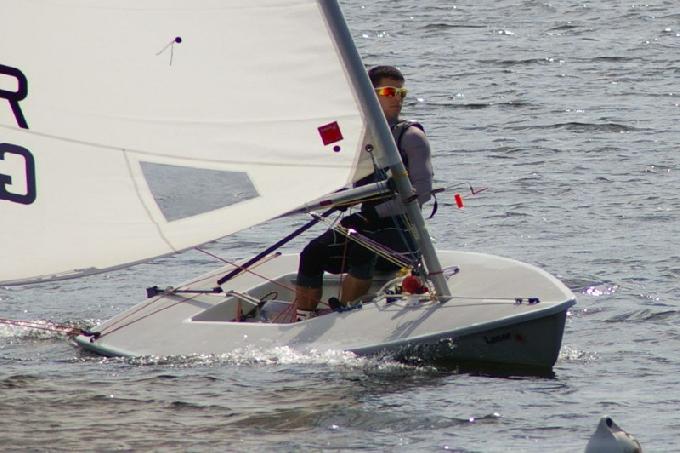 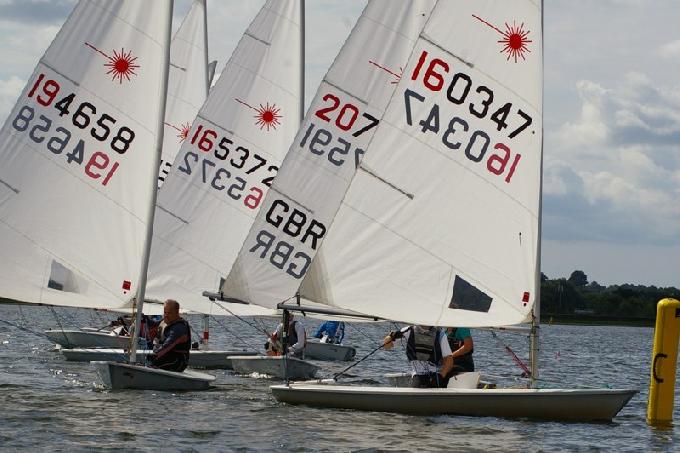 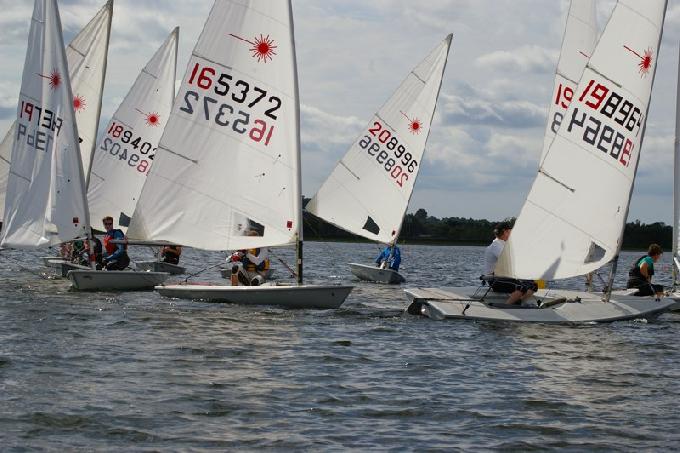 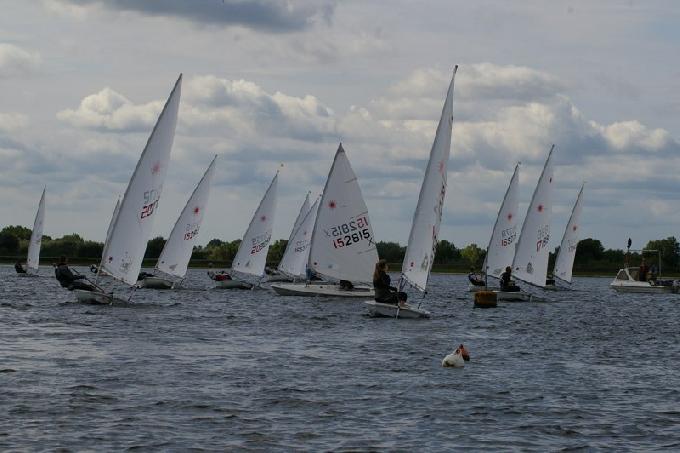 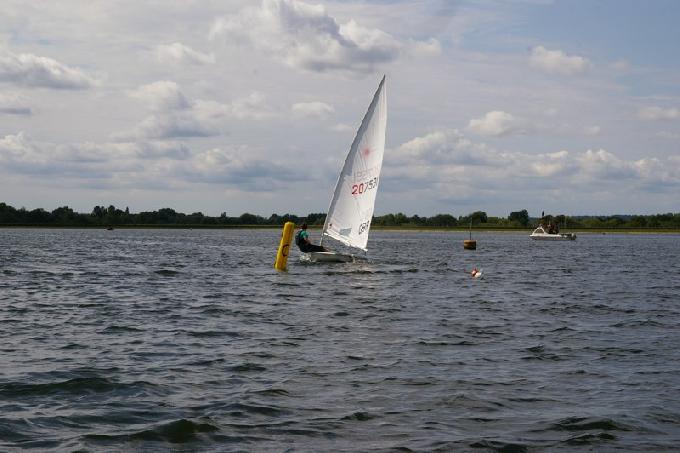 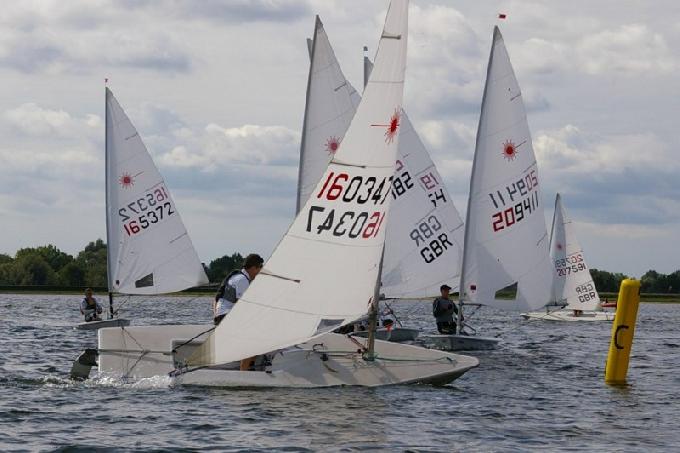 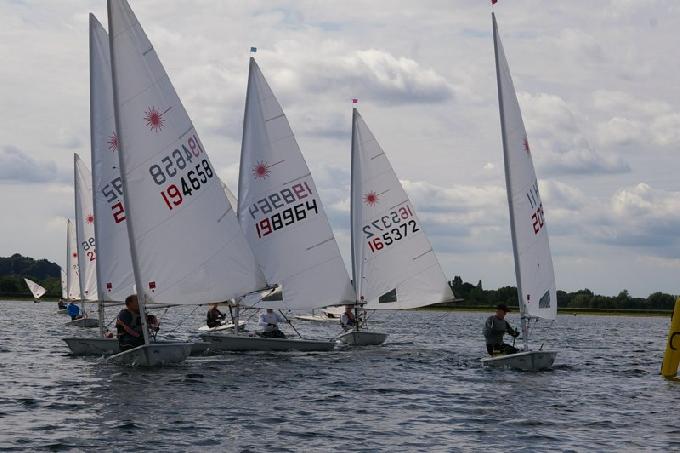 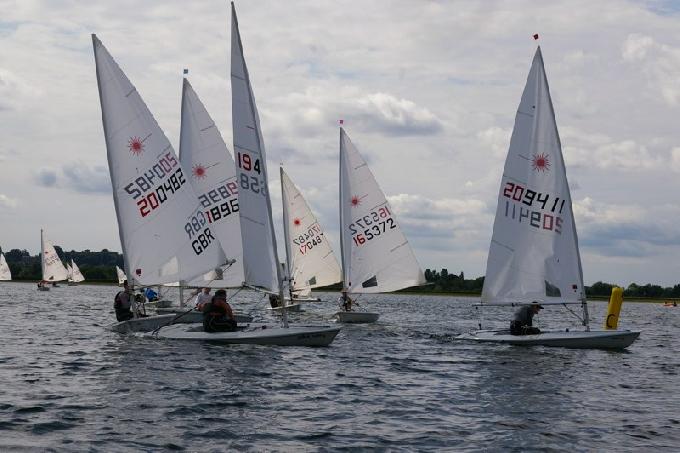 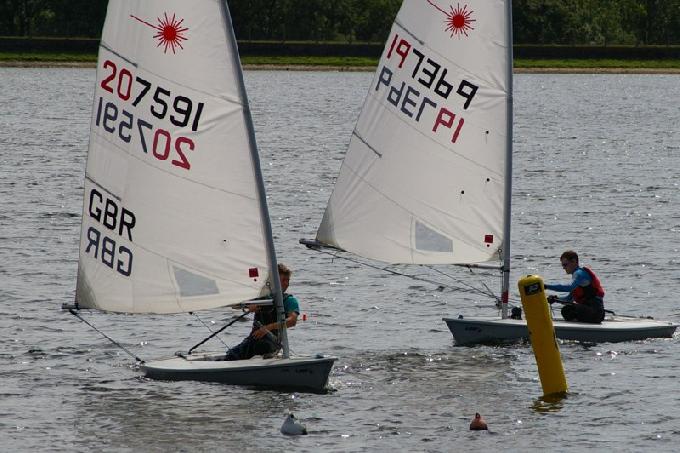 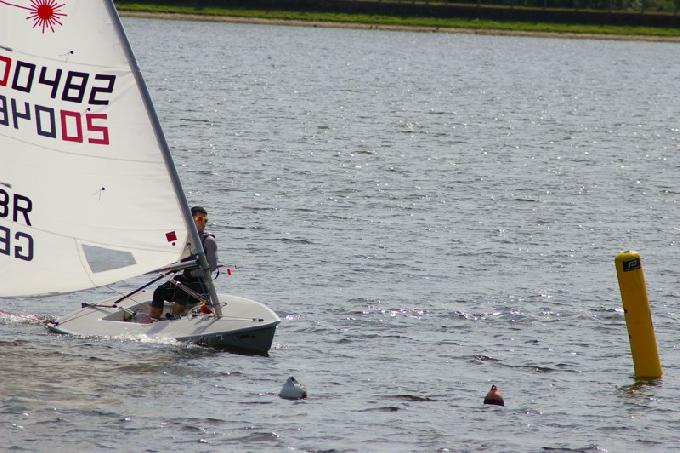 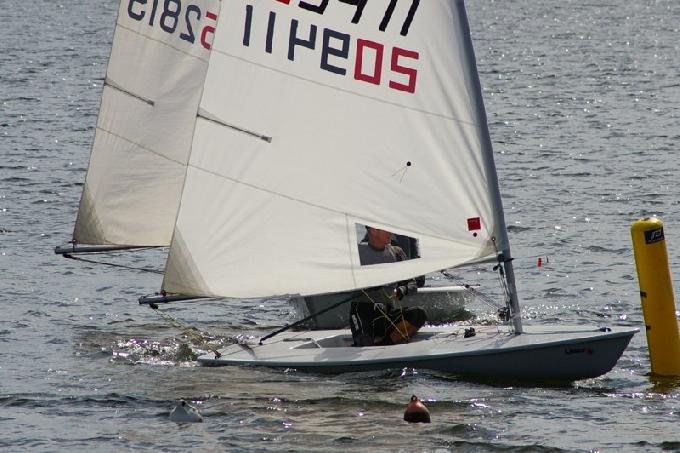 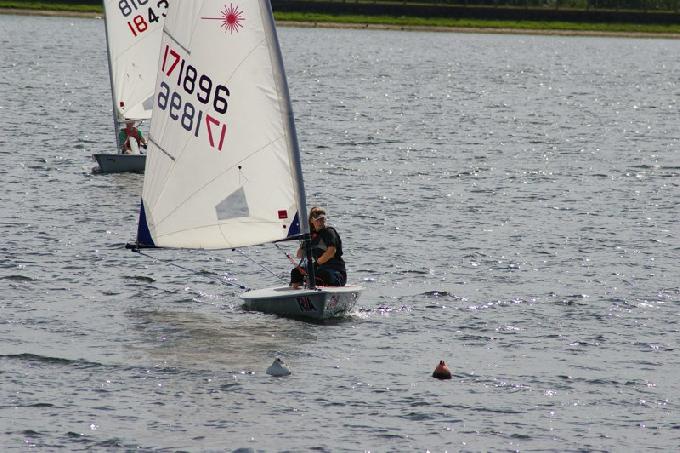 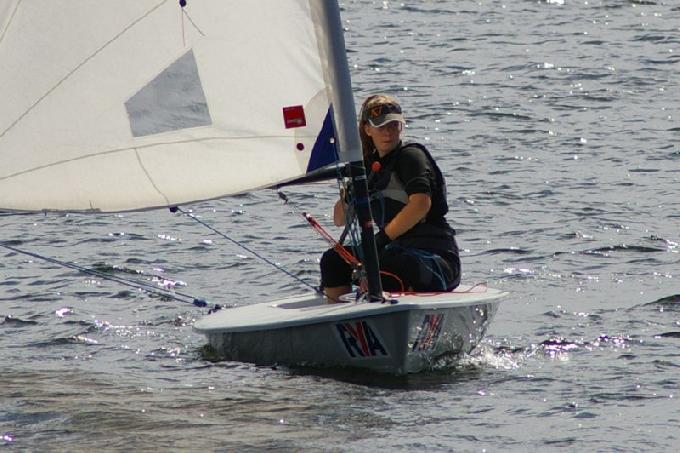 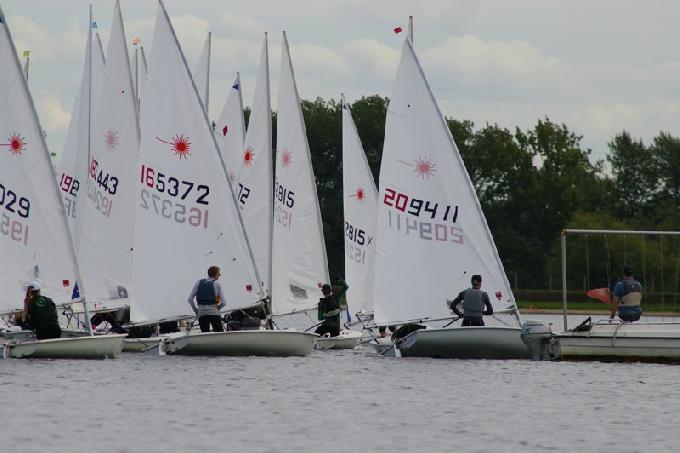 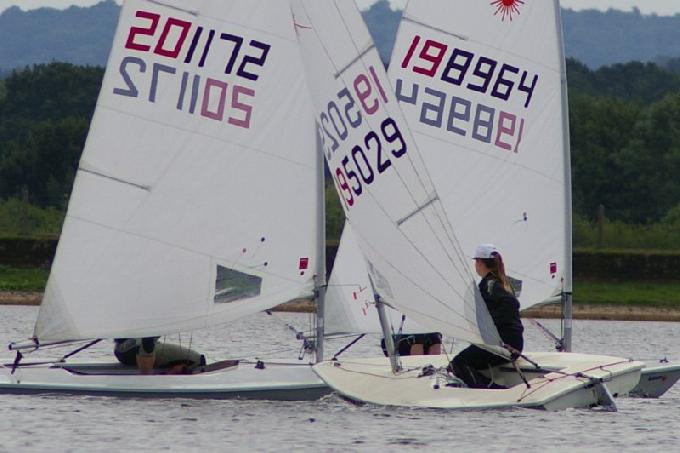 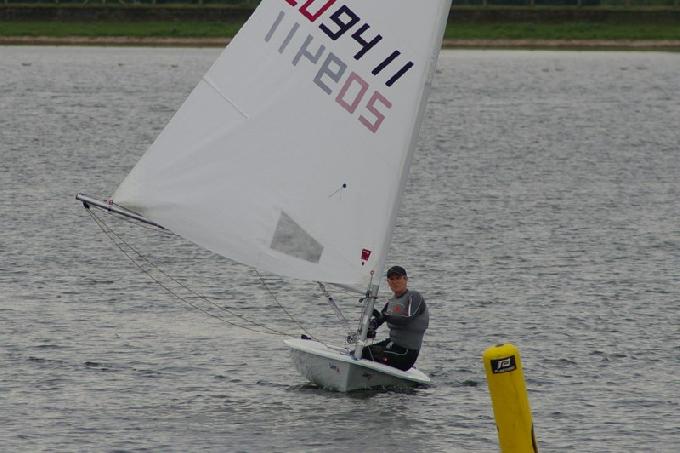 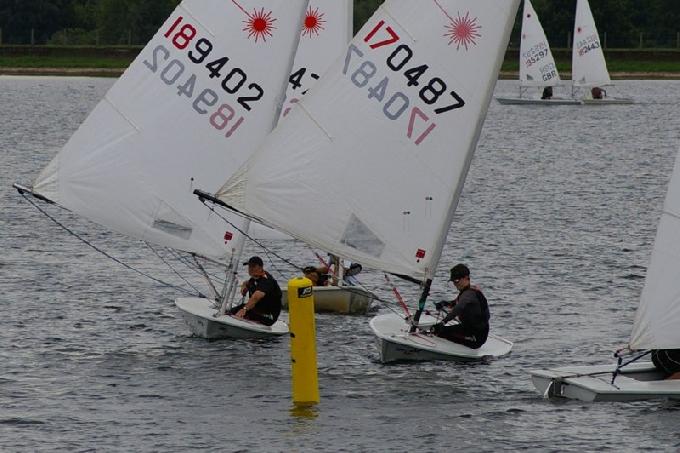 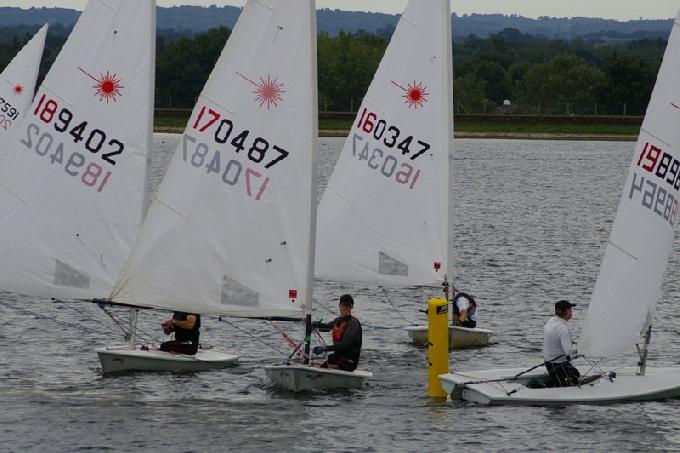 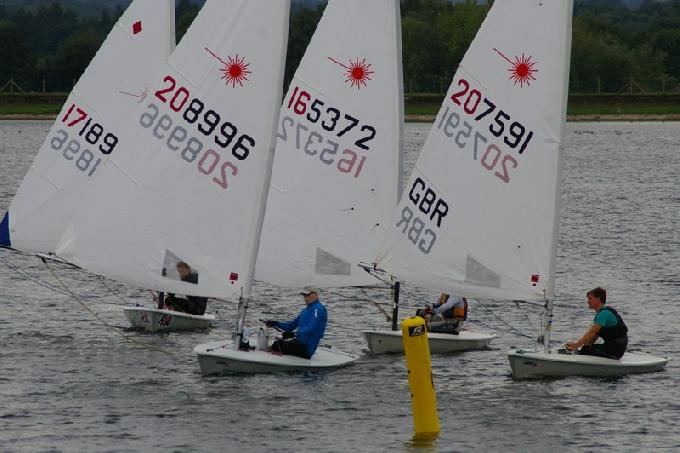 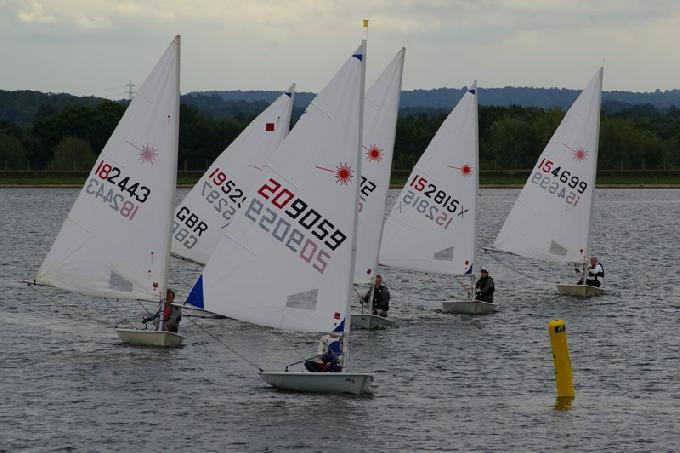