Well, I think I've used the notorious Sun or Mirror headline before, and besides which every fifth web site in Britain seems to have used it today...

Here's a little gallery from Wednesday night's very hot racing (in more than one sense!) 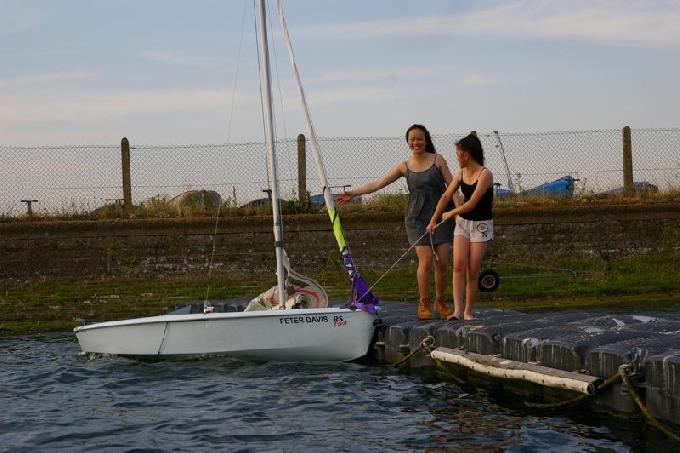 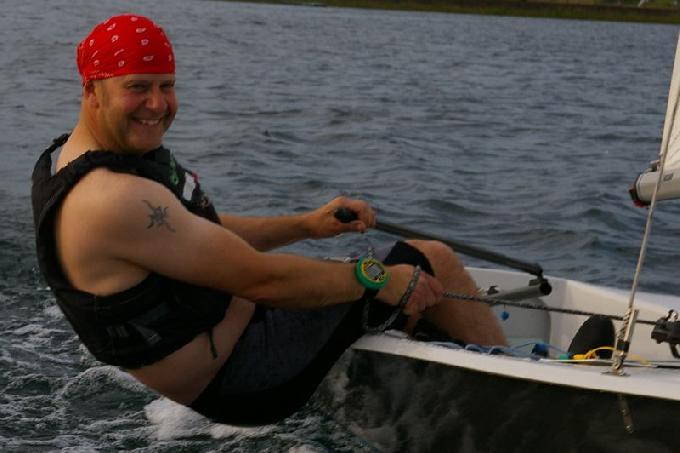 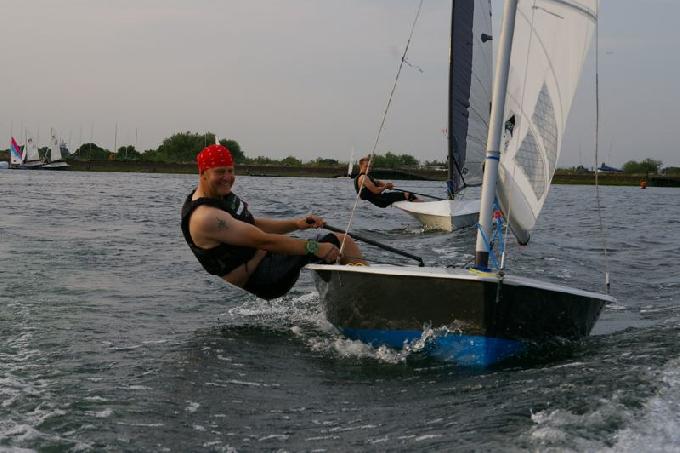 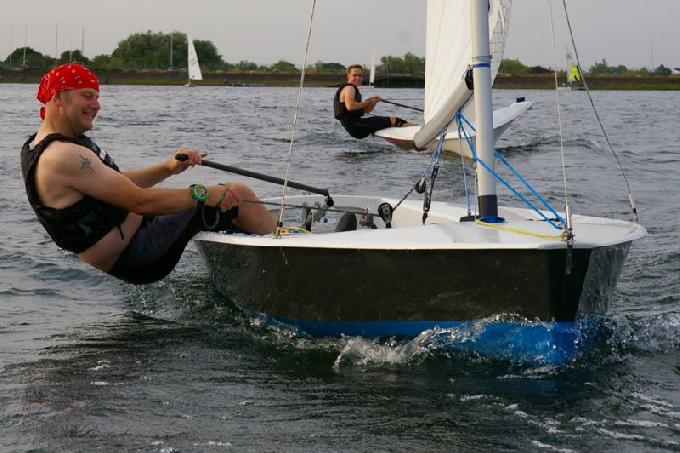 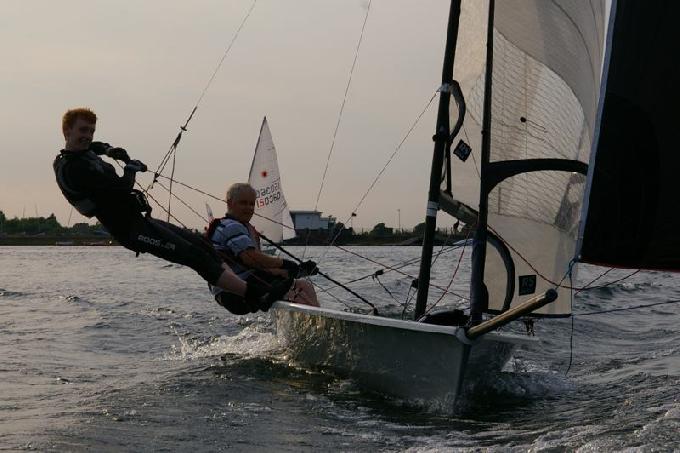 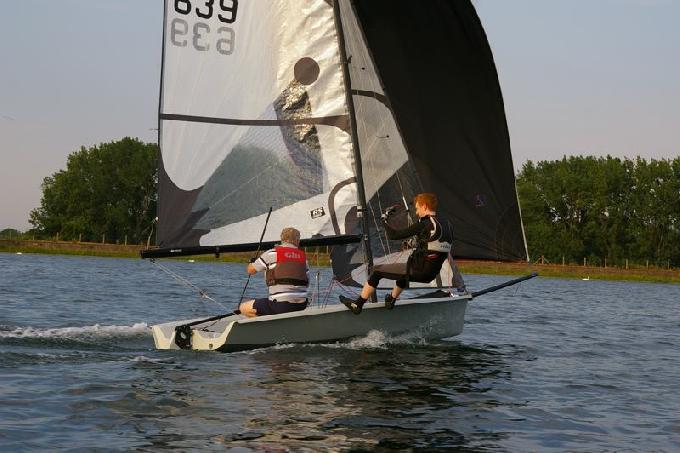 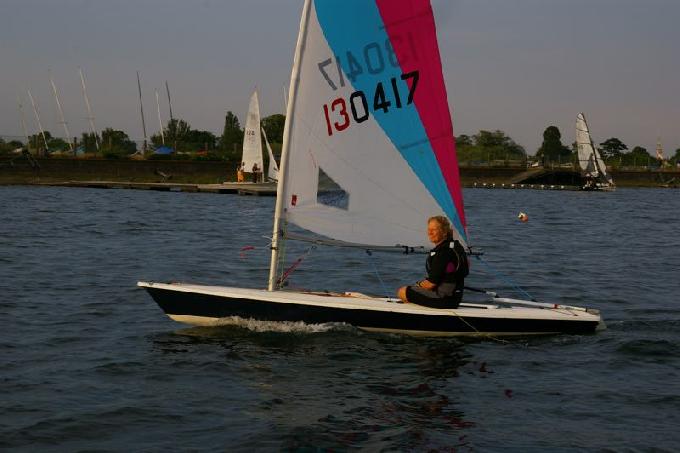 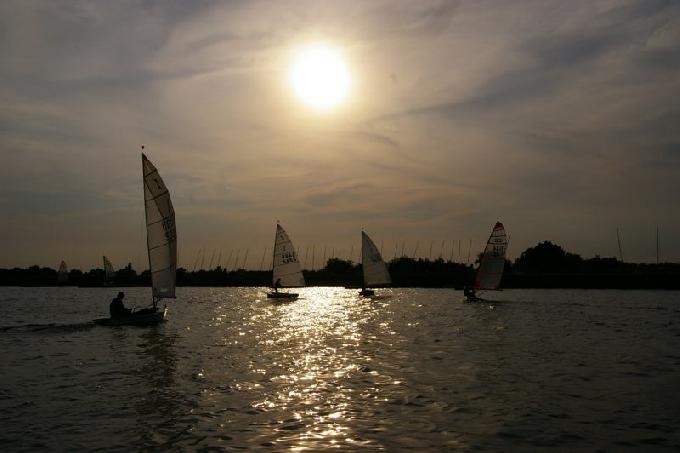 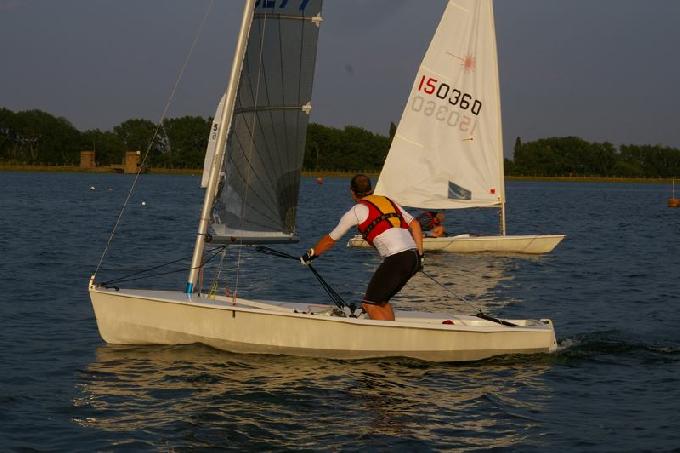 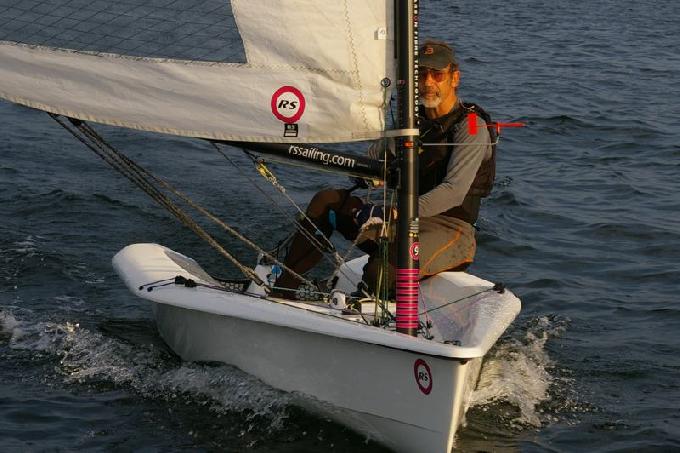 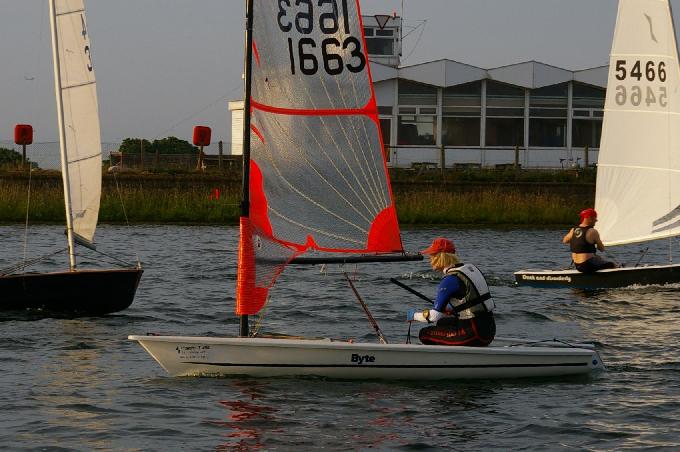 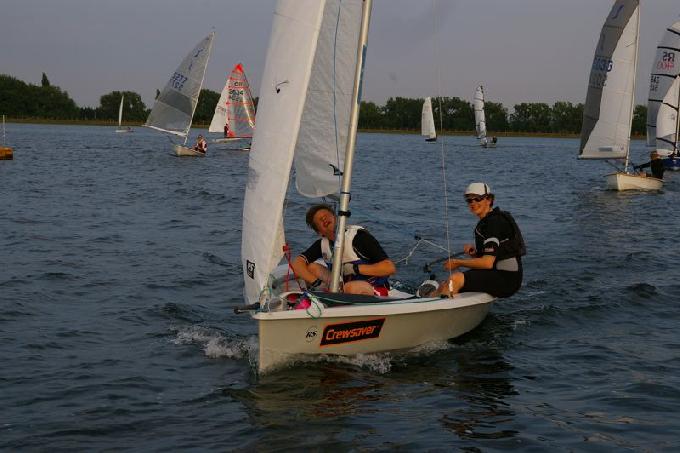 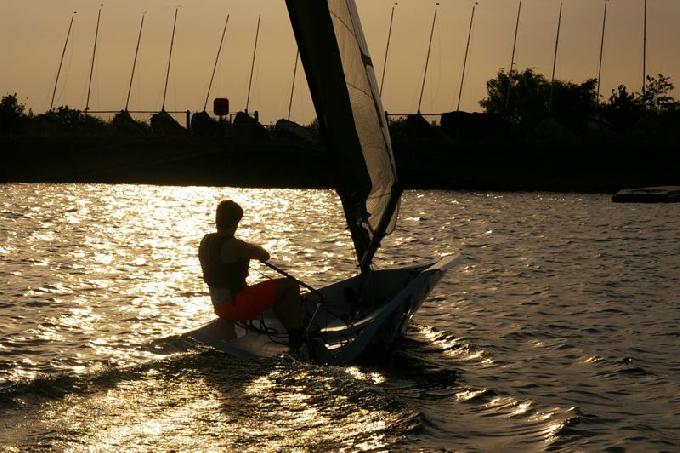 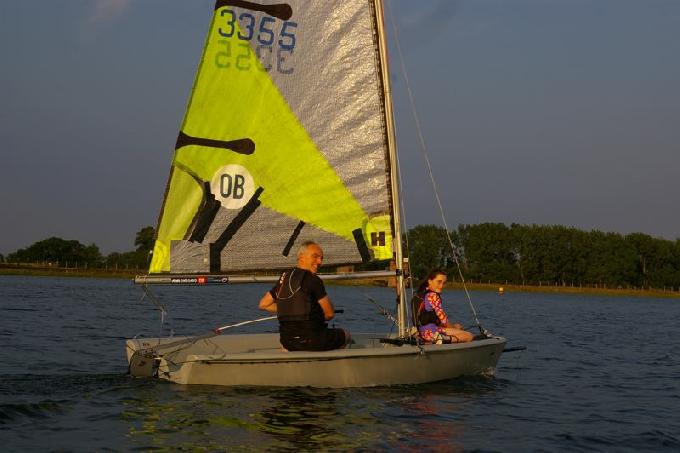 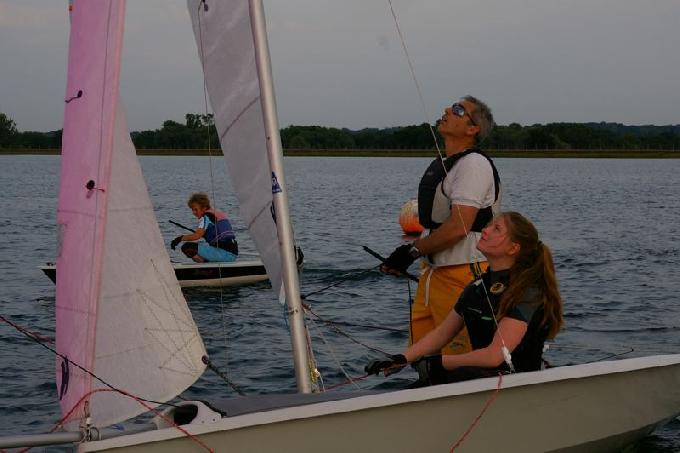 Actually most of these were taken before the start, and the very atmospheric twilight ones are in truth artifacts of the way the camera auto setings handle bright sunlight. Anyway, enjoy, (or not).

I suspect only our few overseas readers need to be told it was a very hot day, and in spite of frequent overcast it stayed that way for the evening. The breeze across the water was wonderful though, and at rigging time it was a blessedy cooling F4, although it went down some for the race. Longest evening of the year, so we got a long course. Lets think, medium sized beat, reach across, long semi run down, another medium sized beat and another reach back to the start.

Very tight start first start, one boat over who managed to duck back quickly, and another who thought he was over and had more trouble extricating himself and getting back. The faster boats on the second start, by contrast, were quite line shy and Gareth almost had the pin end of the line to himself.

I suppose the most notable feature of the race was a phenomenal match ace between oft-times crewmates Harry Phelps and James Curtis, both in RS300s, and never very far apart. Umpteen place changes, and they must have finished pretty close to overlapped. The sub 1000 handicap boats seemed to get up to and through the rest of the fleet pretty quickly, and built themselves up quite a gap with clear air, Mike and Harry Curtis in the 400 and Gareth Griffiths in his Aero particularily. This was to turn out to be their downfall, since the large gap between them and the rest of the fleet led to them doing an extra lap. This was no great problem for Mike and Harry, who circulated with a similar lap time to the rest, and Harry, James and Ian/Douglas were also little slowed. Gareth, on the other hand, got one of those laps with enough holes to fill the Albert Hall...

Anway, the results. In the end the Solos got it, Evan first and Paul 2nd. Paul Wright-Anderson took 3rd in a Laser and Gareth 4th in the Aero. Ben Jones got 5th in another Laser and Mike and Harry 6th in the RS400.  The Personal handicap win went to Dave Baldwin.

So, we are now pretty much halfway through the series. Often by this stage a headliner is appearing, but none of it this year. Reading from the (nominal) top Paul Playle, Evan Cairns and Mike Curtis all have two wins,  Andrew Barnett and Kevin Pearson one each, and Mike Storey also has two wins. But because I am yet to amalgamate results from other classes Kevin Pearson will come about four points higher, and Gareth two or three. And don't forget that Aero handicap is very provisional too: that might yet change as well.

In the personal handicap Mike Jones is well clear, but Dave Baldwin is putting on a bit of a charge with a couple of wins in the last two races. Clearly he's getting that RS100 in hand now. Mike is injured at the moment too, so this series get yet get close too.