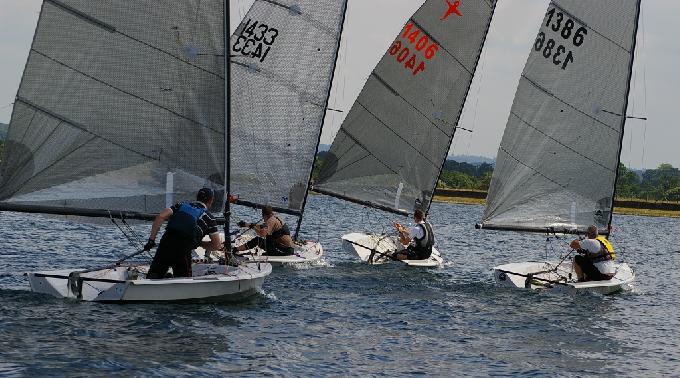 Saturday 21st June and the Summer Solstice saw the arrival of the ‘Suntouched Sailboats’ Southern Series Phantom Fleet at Island Barn Reservoir Sailing Club for its annual Open meeting. 10 boats made the journey and were met with light winds and bright sunshine as per the forecast. The Race officer and Commodore of IBRSC, Gareth Griffiths had his work cut out in setting a course but, after a short postponement eventually managed to get the fleet underway.
Starting at the eastern end of the reservoir a ‘triangle/sausage’ course was set and the fleet made their way up the course in light and shifting conditions for race one. Local sailor ‘CJ’ Cavallari lead the fleet and rounded the windward mark with a well established lead... only to hit it... Once his penalty turn was completed he still had the lead and set off down the reach. Despite the light wind conditions Mike Said in 1185 managed to get caught on by a 5 knot gust of air and he went for a refreshing swim, head first into ‘The Barn’. The lead was hotly contested throughout the 3 lap race but on the 3rd beat Mike Tustin (Bowmoor SC) pulled out a healthy gap from the other boats which he maintained to the finish. Final race result was 1st - Mike Tustin, 2nd CJ, followed by another local sailor Richard Barker in third place.
It was more of the same for Race 2 with the lead exchanging hands while boats were getting caught out in the shifting conditions with plenty of bunching up at the rounding marks. It was the local boats of Barker – 1st and John Oldham – 2nd that took the honours followed by Mike Tustin in third place.
Lunch time saw a break from tradition for the normal pie eating Phantom sailors who indulged themselves with fish and chips from the local ‘Chippy’. The wind, contrary to the forecast grew over the lunch break and the fleet were met with a healthy 10-15 knots in glorious sunshine providing Champagne sailing conditions.
Race 3 saw Richard Barker lead the fleet up the beat with a lead that he kept till the end of the race. Other places were hotly contested with Mike Tustin taking second place, just ahead of CJ Cavallari. This result left Barker leading the series with two first places and a third. Mike Tustin needed to win the last race to take the series and the fleet set off for the final race of the day.
Race 4 saw Tustin heading up the beat in first place with ‘CJ’ chomping at his heals. Richard Barker, feeling the pressure no doubt, decided to cool off with an untimely swim as he missed his toe straps following a tack and left the boat backwards putting himself out of contention for a decent finish in the race. John Oldham and Paul Birbeck were scrapping over 3rd place and all through the fleet there were battles going on with places changing in good close racing. Tustin kept his nerve and despite CJ’s best efforts took line honours for the final race of the day and with it, the series win.
Despite the initial forecast which may have deterred some competitors from travelling, a fantastic days racing in glorious conditions was had by all. The Phantoms now move on to their next event at Weymouth on 12th July.
Nick Mason

Full results are here.
Full set of photographs from the Phaton Open are here 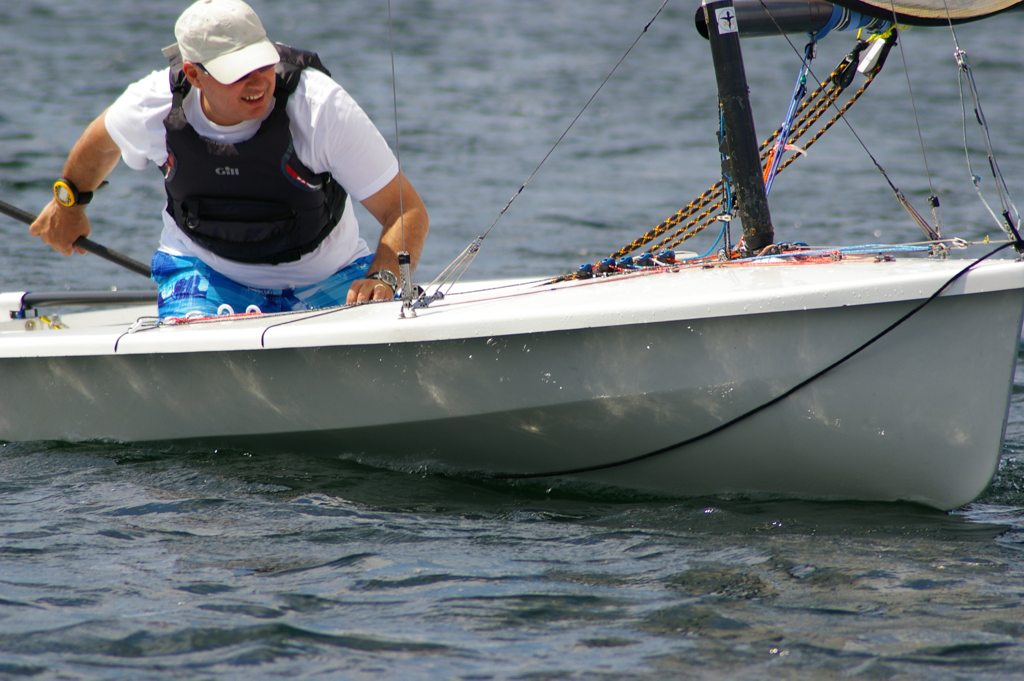 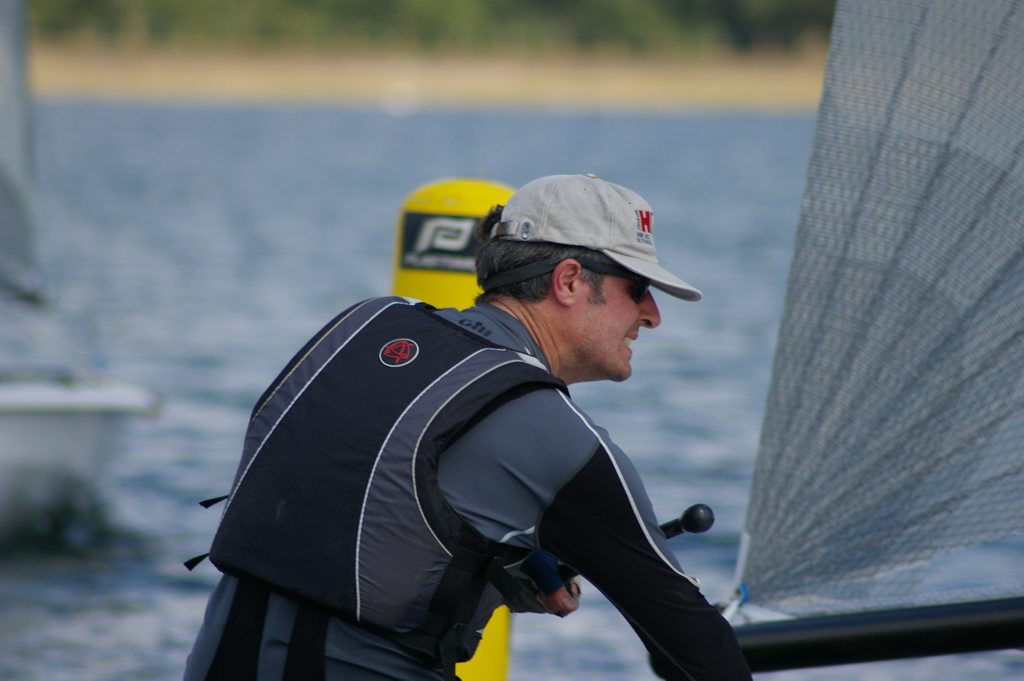 If you'd like copies of photos I took from the event you can email me here, but my enthusiasm for trawling through 400 odd photos to email out a selection is not unlimited - a SAE and a USB stick/SD card with 900MB free coming to me in the post is my preferred route and you can have the whole lot, or for local sailors there are copies on the club laptop.