The way I work this out is with a ridiculously complicated spreadsheet system - copies available if you so desire - which calculates your performance in races in past seasons as a percentage of the winner's finishing time. This is then averaged out, with a considerable weighting to the most recent season, and divided into 5% bands. If you average 5-5.9% of the race winner's time, for instance, you'll be in band 1 and so on. Anyway, here are the numbers.

I've only published names for which I have recent data. If your name is not on the list then you can email me here. I have data for people who haven't sailed much recently, or the sailing commitee will give a provisional number. If you don't like your banding email me again and we'll discuss. If the number is based on very few finishes then it won't be that reliable and we'll negotiate, but if its based on over a hundred we'll be very hard to convince that its wrong!

Merlin-Rocket Sailors will notice that we've finally worked out handicaps for older Merlins. These are based on the PY number the boats had when new: they're not based on the Class association recommendations. However if your boat has a carbon fibre mast and other updates to latest spec you are required to tell us because this handicap does assume the boats are in something approximating to as built condition and are not updated. Merlins with sail numbers after 3454 or with carbon masts and modern sails get the current handicap, 990, boats between 3430 and 3453 get 1020, and boats from 895-3429 get 1030. 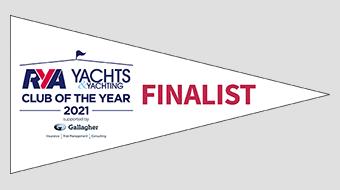