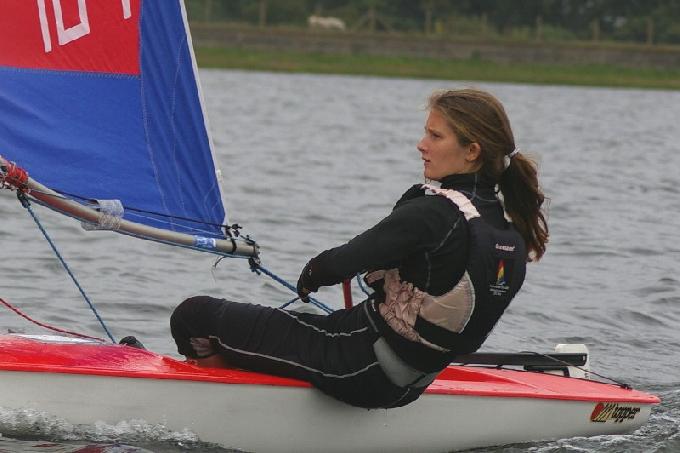 We don't usually give headline pages to results elsewhere, but I think these two are deserving of it.

It probably goes down as a disappointing result for Nicola and helm Frances Peters as they won the first of the medal races and were in contention for a Silver medal after the second of the medal races (don't ask me to explain the scoring system for the major 49er events, it makes my brain hurt), but nevertheless they were the top UK team by a mile and its still (literally) a world class performance.

Meanwhile at Queen Mary Nancy was blitzing the Topper Fleet. The RYA day one report for the events is here, and day two here. Nancy won all the races except the last, in which she was second. Many congratulations.