There are plenty of books on the subject of dinghy racing which give 'what if' examples, and as you get into the sport you'll probably want to get hold of one of these. Here's a couple of common situations: 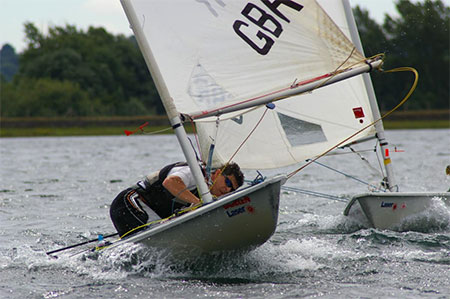 It's worth pointing out that excessive luffing often achieves nothing except to slow you both down and let everyone else through, so think twice before getting madly tactical.