Island Barn limited entries to 20 boats for the Solo Open meeting, filling the quota two days before the meeting. With the cold wind and at least one sailor having to isolate at the last minute racing got under way with sixteen boats on the line. 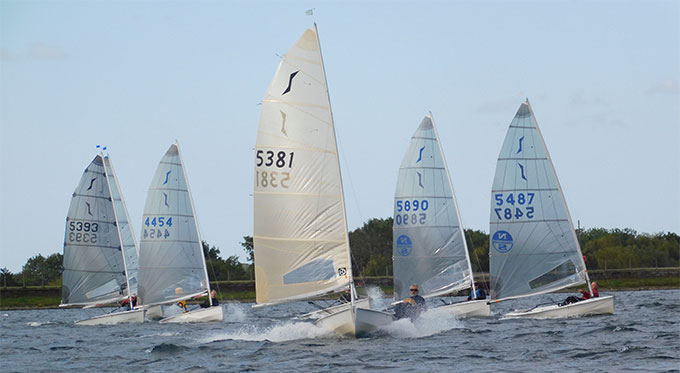 The day had dawned bright and sunny but there was a cold blustery North-Westerly wind rather than the more typical SW. Lots of blue sky and sparking water but also lots of big gusts. Race one got off without incident and the front runners quickly showed their mettle navigating the blustery shifts to quickly spread the fleet. Tom Gilliard (5675) stamped his authority on the race although Vince Horey and Jonny Wells kept him on his toes.

The start of the second race was quickly recalled as half the fleet were over and had the race officer thinking about black flags. Second attempt was abandoned when the wind shifted just as the sequence was starting, causing much frantic moving of marks only for the wind to largely switch back. With a cold wind and the fleet opting for three back to back races because no nice warm clubhouse available in these pandemic times, the Race Officer flexed his muscles and raised the jolly roger (well that’s a mostly black flag isn’t it) and the fleet bowed to the pressure (resetting the line several times might have also helped). Anyway, third attempt the fleet got away but this time Tom didn’t have it all his own way and the slightly shorter beat saw him rounding the first mark third just ahead of a rather large group… 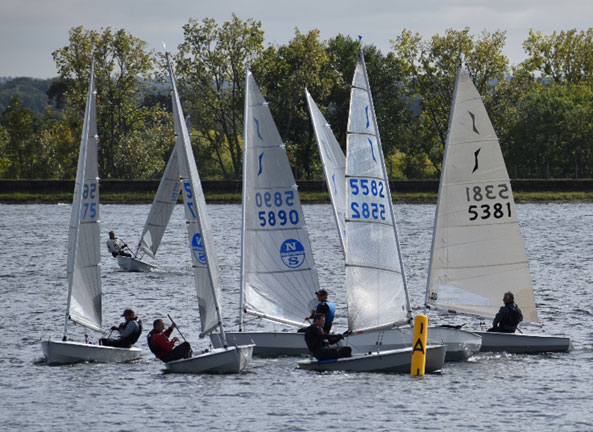 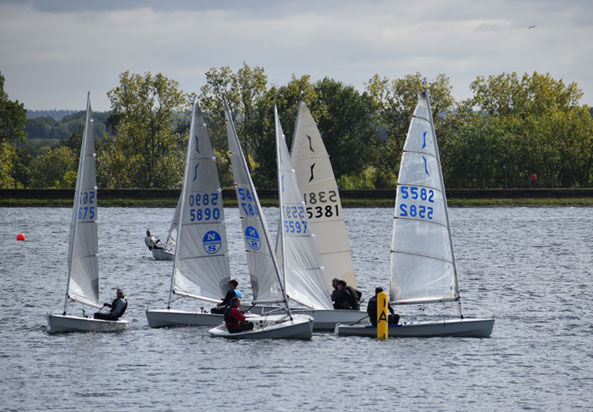 Tricky conditions to judge a lay line with come casualties at the first mark. 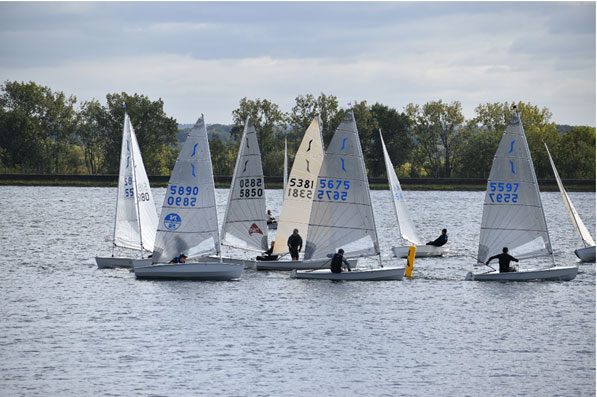 There was a lot of shouting just behind him as the shifty wind caught a few people out as they suddenly found they couldn’t quite lay… but your correspondent didn’t hear any actual collisions.

Here are a few photographs from the day.  The full set can be found here   ALL PHOTOGRAPHS