We all talk up our Open reports. This one is an exception. It needed no talking up. The result of an entire Traveller Series hung in the balance until the last leg of the fifth and final race.

It was the Final Topper open of the South East Traveller Series and was the decider of the Series. Unusually, three sailors could still win at the start of the day.

Curtis McKay from Hillingdon was in the driving seat. With 10 points, he held a 2 point lead over Coco Barrett from the home club, Island Barn and Finlay Swanton from Felpham, each of whom were on 12 points, with Barrett leading Swanton on count back. A straightforward task for McKay, then. Just finish one point behind Barrett or Swanton and take home the Travellers Trophy.

The number of Toppers was swelled by the Southern Area Travellers, who came in force, as their series was also still to be won and lost. A Regatta Fleet also took part on the same course, with less laps than their seniors. The total number of Toppers was 72, making it the largest Traveller of the season by far.

The wind, from due west, filled in nicely for the first race.

Aaron Evans from Silver Wing decided that the day was not just about the three contending stars. He flew off the start at the pin end, increased his lead on every leg and after 3 laps was almost a whole leg ahead, no mean feat in such a strong fleet. Evans won easily. Swanton had a strong second place, Mckay was poor on 9 and Barrett had a shocker with13. Swanton was liking this.

Evans started well again in Race 2 and he, Sam Jones from Hill-Head, Barrett and McKay had a close, place-swapping race, with Barrett, Jones, Evans and McKay finishing in that order.

So at the best lunch served all season, Evans led the event on 4 points, Jones was second on 5 and our three contenders, McCay, Barrett and Swanton (who had a shocking second race), were on 13, 14 and 22.

Three races were scheduled for the afternoon, but those clouds in the west looked rather threatening.

A feature of the day was the close tussle between The South East’s Coco Barrett and the Southerner, Sam Jones. Downwind on races 2 to 5, they were never separated by more than a boat’s length. Gripping stuff.

In race 3, it was Jones, Barrett, Newhaven’s Hudson, Poole’s Kemp, Hill Head’s Vennis-Ozanne, Swanton, with McKay back in 9th. With discards now clicking in, Mckay’s pasta lunch was starting to feel a little less digestible. If the Open and the Traveller Series ended now, Barrett (13 points) would be just ahead of McKay (13 points) on count-back, with Swanton (16) in third and looking out of it.

Two races to go and the thunder clouds were now massing to a considerable size.

In Race 4, Barrett and Jones again locked masts (metaphorically), finishing 1st and 2nd. McKay could do no better than 6th, and Swanton looked spent on a 9th.

So, Barrett new what she had to do to win the Traveller Series. She had to win this event and to do this she had to beat the Jones Boy from Hill-Head in Race 5. They had beaten each other twice today, so this was going to be close.

We now had large thunder clouds to the south and north with, thankfully a clear strip of sunshine between them. Who on earth could mess things up for Barrett now. None less than her sister Lily Barrett, languishing in 20th overall, who popped up at the windward mark in 2nd, ahead of her sister Coco, who was just ahead of Jones. Surely Lily would slow down a touch, let her sister through and cover Jones. Not a bit of it. She covered sister Coco ferociously.

With lightening booms to north and south, the last race was shortened. Swanton, not spent at all, took 1st, Lily Barrett, all smiles, took 2nd and Coco Barrett, all spent, squeezed in 3rd to Jones’s 4th, thus winning the Open by 1 point from Jones.

The closest Traveller Series in memory was over. Barrett and McKay were equal on 13 points. But Coco Barrett’s 1st place in this Final Open, gave her more firsts than McKay and she took home both the Open Trophy and the Traveller Trophy.

Coco should be congratulated for getting over the nightmare of a first race 13th, and then scoring no worse than a 3rd for the rest of the day – the mark of a champion.

In the important supporting events, the 4.2 prize was won by Dan Perkins from Warsash and the closely fought Regatta Fleet was won by Rory Clow from Island Barn, who is not long out of Oppies. 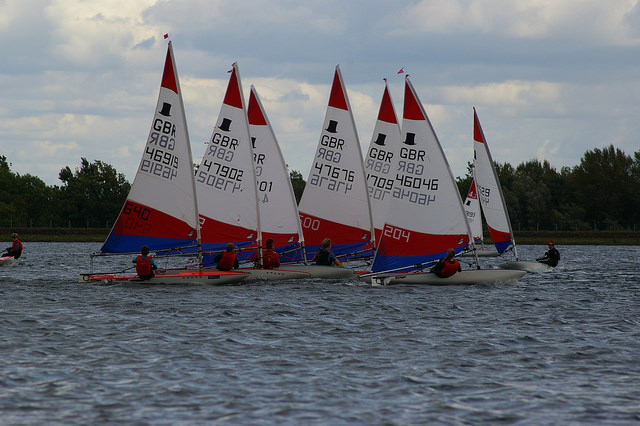 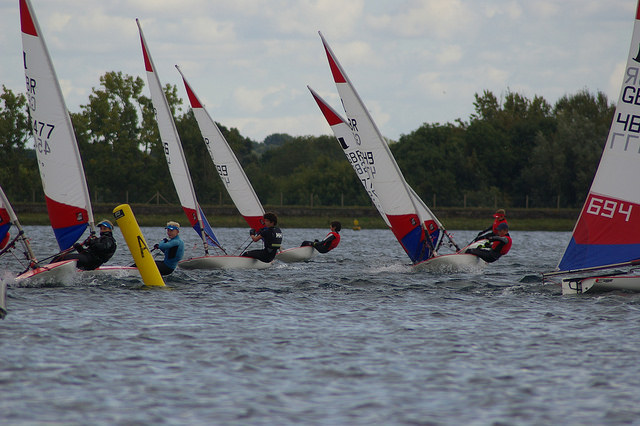 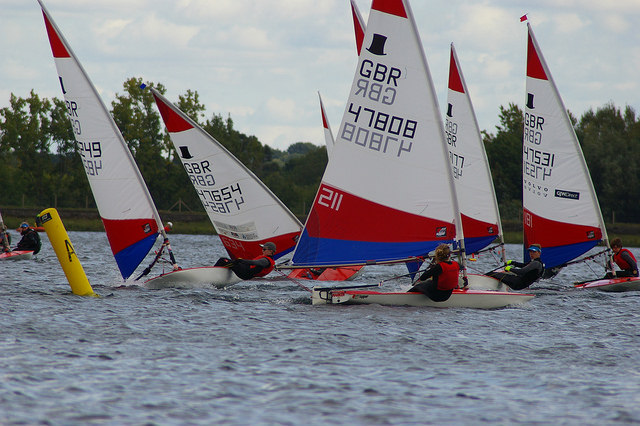 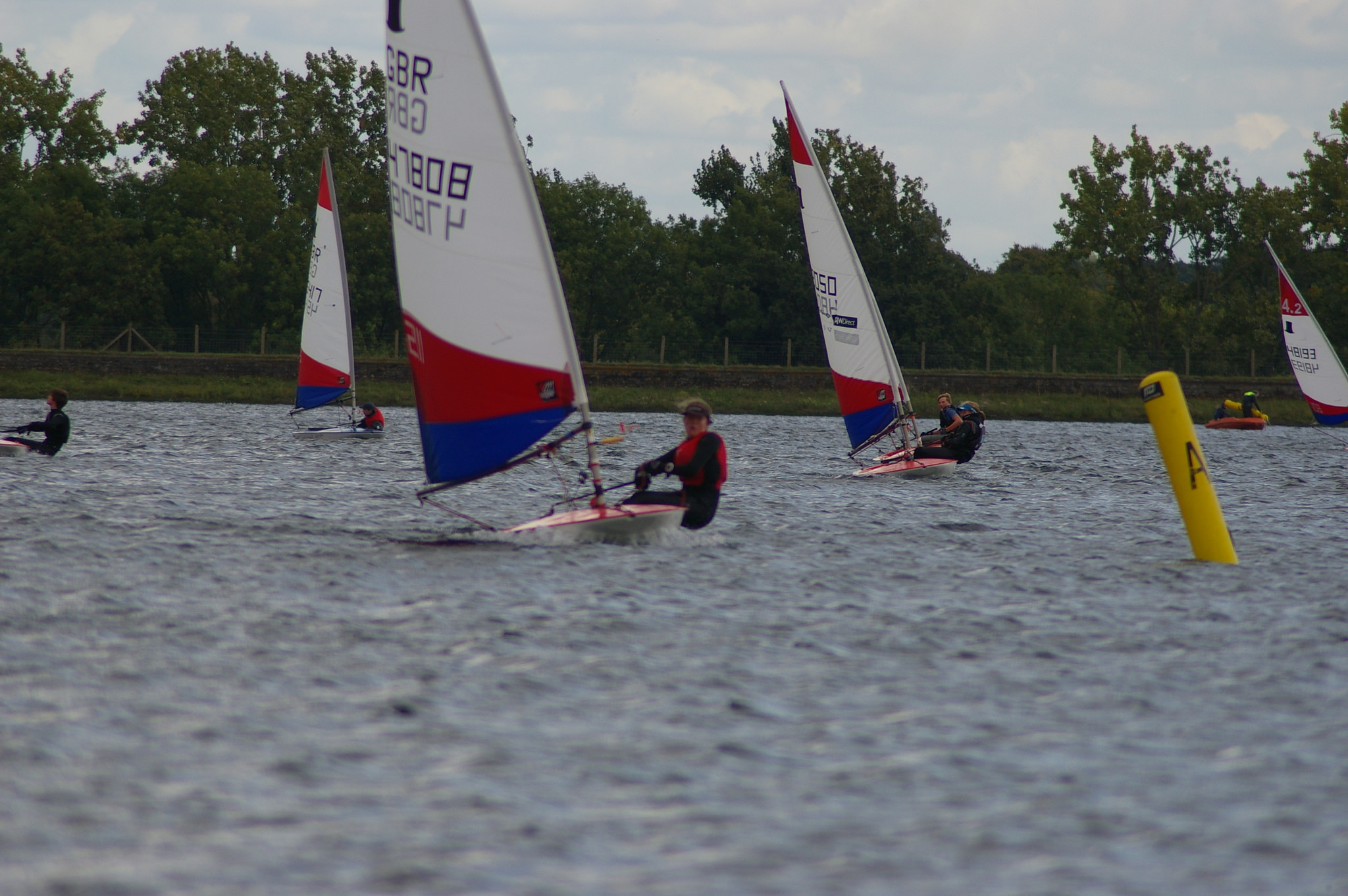 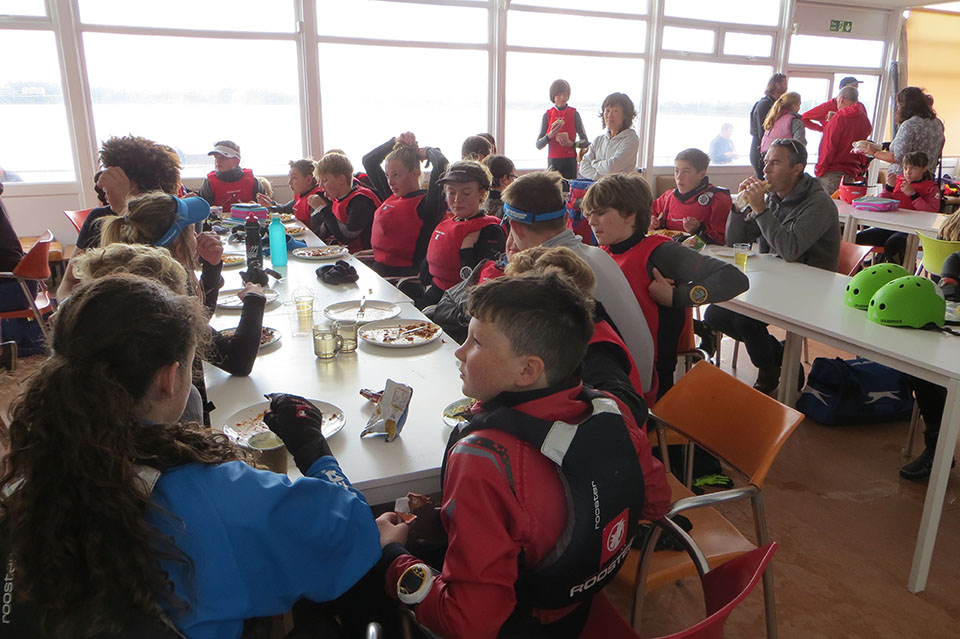 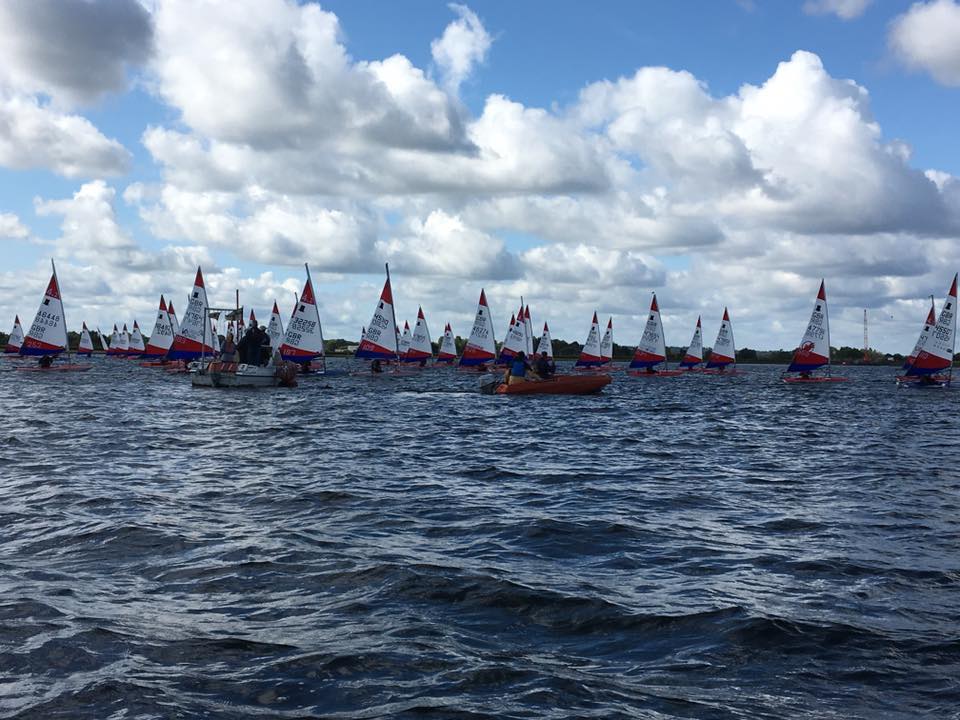