The day started with no wind, mist, and a chill that spoke of winter imminent. There seemed to be just about enough wind to be worth launching, but it never settled. The only entertainment was a club safety boat towing a derelict boat across the lake which was half submerged with only the bow pointing upwards at 45 degrees. After about an hour of the mooching around the only sensible thing to do seemed to be a postponement until after an early lunch, at which point enough wind filled in to at least get people back quickly for much needed hot drinks.

After lunch the sun had arrived, and it felt more like a warm autumn day. More to the point the wind had built a little, and maybe even steadied a very little. One competitor, in a very good position to know, commented later to the effect that that it was almost as shifty as the inshore courses at Rio...

Courses were windward/leeward with spreader at the top and gate at the bottom, with a little reach to the finish line. At least it was a reach when the wind didn't have other ideas. The highlight of the first race was a spectacular three way gybing duel down to the finish where overlaps, places and almost everything else except insults were being exchanged... Tim Ellis and Abbie Hewitt from Hayling Island got the best of this fight, followed by Ben Palmer and Amy Seabright, also from HISC, and then Mark Heather (HISC) and Nicola Groves, the local hero(ine).

Unfortunately, perhaps, race 4 ended in something of an anti-climax when the wind dropped almost completely on the last lap. Best negotiator of a course that was suddenly all snakes and no ladders were Ben Palmer and Amy Seabright, which made them the 4th race winner of the day and the winners of the event. Second was QMRSCs James George, with forward hand 8 year old Harry George, and Sam Littlejohn and Becky Lloyd from RTYC were 3rd. David and Rheanna were 4th, which was enough to give them second overall and also win the SEAS RS200 travellers series.

This sequence of photos is the finish of race 1. Does boat for boat racing get much better than this? 1495 is Tim Ellis and Abbie Hewitt, 1628 is eventual winners Ben Palmer and Amy Seabright, and 1488 with the old style rags is Mark Heather and Nicola Groves. 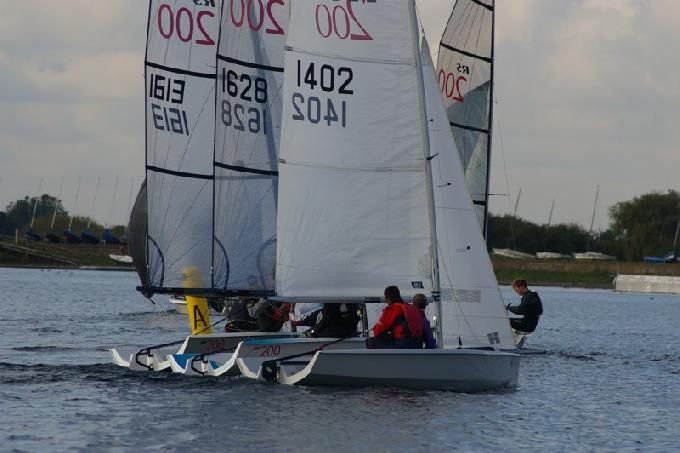 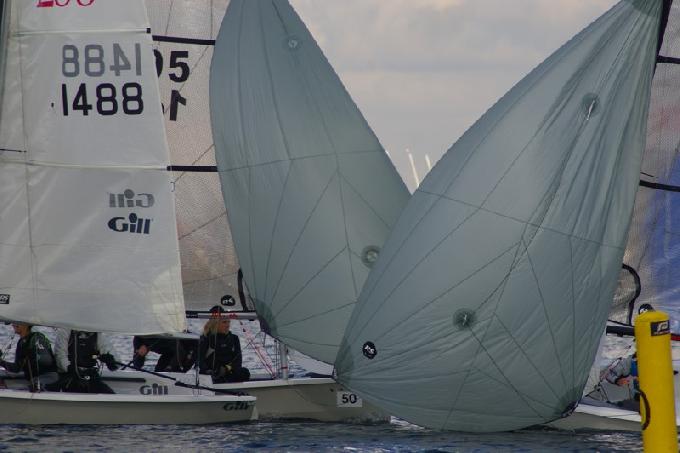 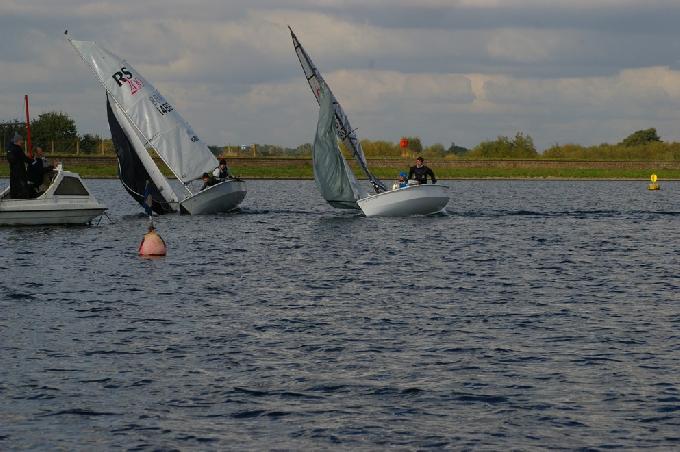 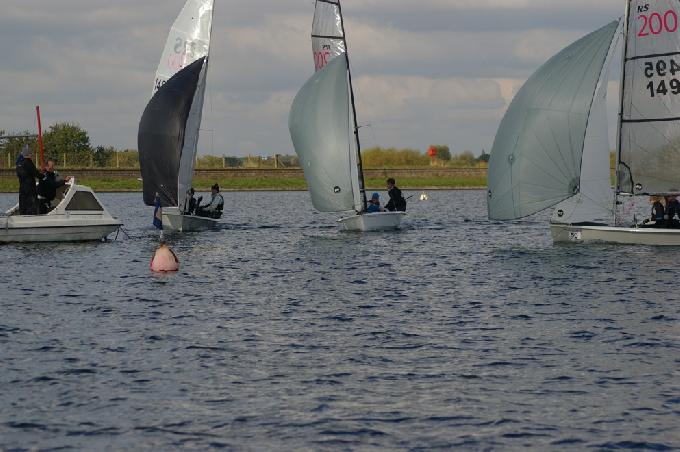 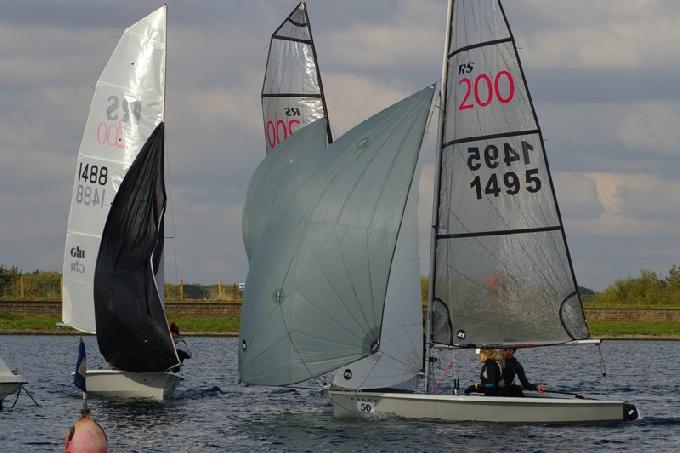 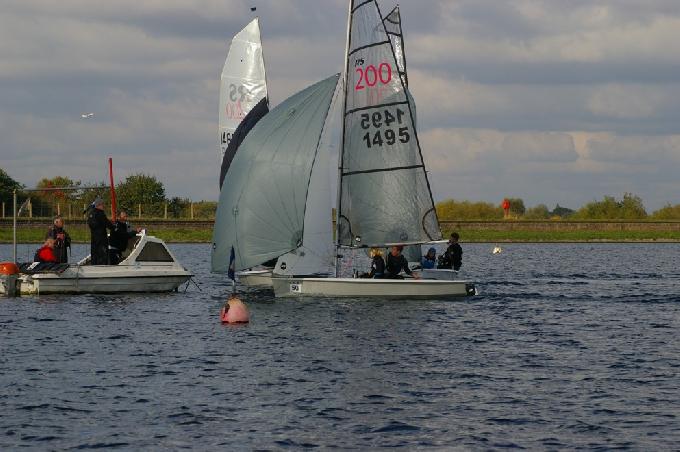 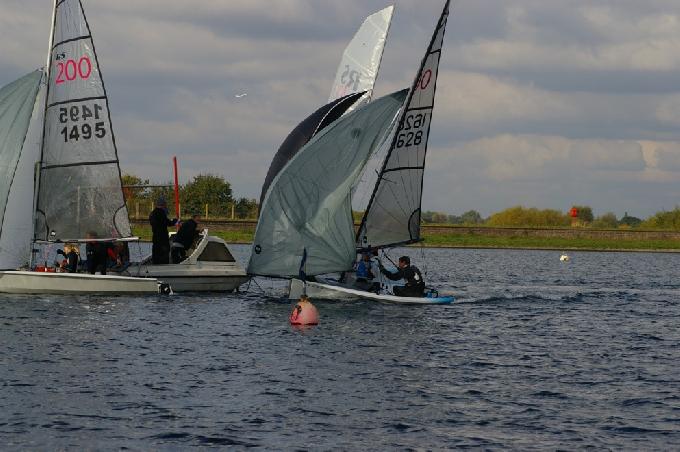 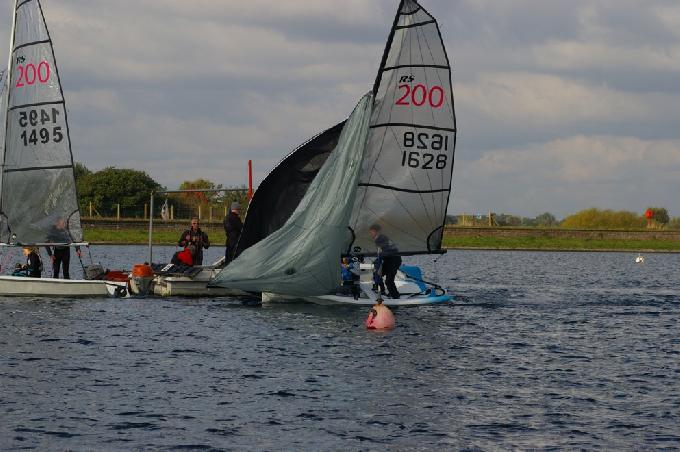 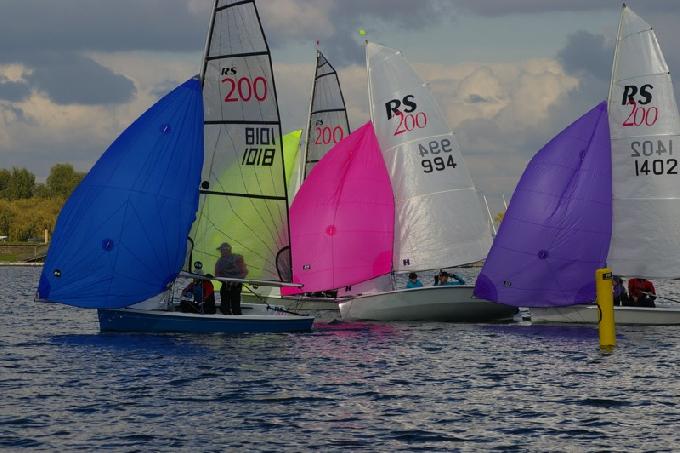 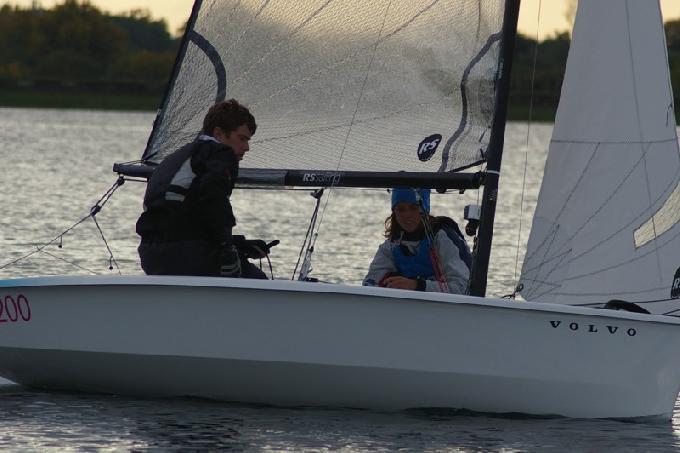 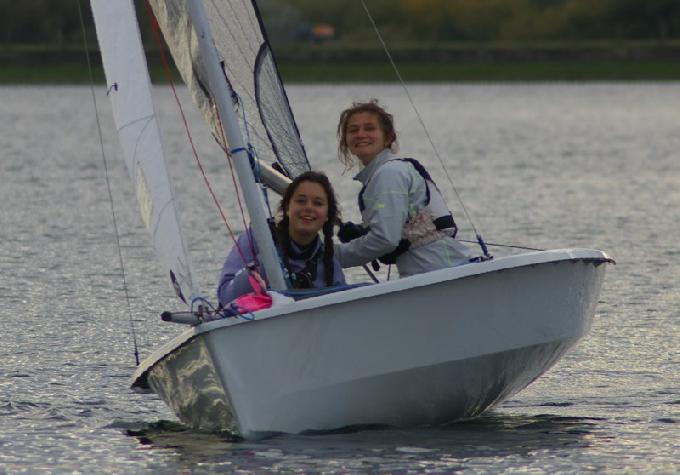