An interesting day for the Feva Open: it started off almost windless, but the breeze did fill in adequately for the first race, and it got better thereafter. Courses were windward leeward with a spreader at the top and a gate at the bottom.

Race one looked like a very big win for Joe Slipper and Téa Sirolla from Queen Mary, but sadly they'd misinterpreted the sailing intructions and sailed the course incorrectly. Ching Wong and Elinor O'Leary from the home club gratefully accepted the kind gift, and took the win, with Tom Williamson and Maisie Bristow, also from the home club, second. Charlie Harris and Robert Pleasance, also from Queen Mary, took third place.

In race 2 Joe & Téa won quite handily, without navigation errors this time, whilst Ching and Elinor took second place after a tight battle with Tom & Maisie and Niamh Baker and Rowen Baker from Silver Wing. This race saw especial drama and multiple unforced errors at the last spreader mark, but perhaps we'll draw a veil over the detail...

After lunch Ching and Elinor took the next race, very hard fought, from Joe & Téa,with Niamh and Rowen taking third place. Joe & Téa pulled out the stops to win race 4 handily, and put all square going into the last race. Niamh and Rowen took the third spot.

So, last race, and hard fought it was too. I think the lead changed at least once on the last leg, never mind the ones before, but in the end Ching and Elinor took the gun and the event from Joe & Téa. Third went to Tom and Maisie, which also gave them third overall.

One quote I liked. One of the competitors was asked, about a downind mark rounding which involved two boats gybing from port to starboard and back to port again at or near the zone, with overlaps made and broken:
"Was there a lot of shouting?"
"No," she said, "we both know the rules."
If only all of their elders could conduct themselves in a similar sporting manner...

The results are here. 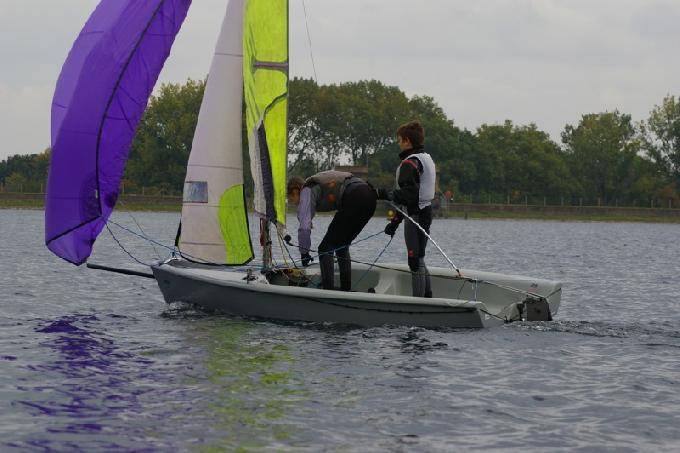 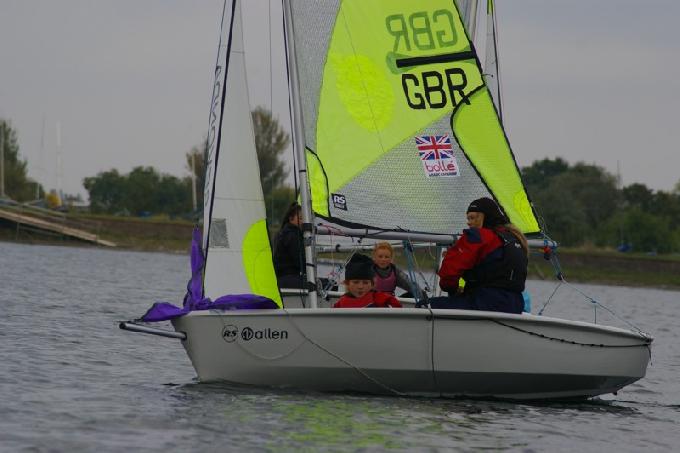 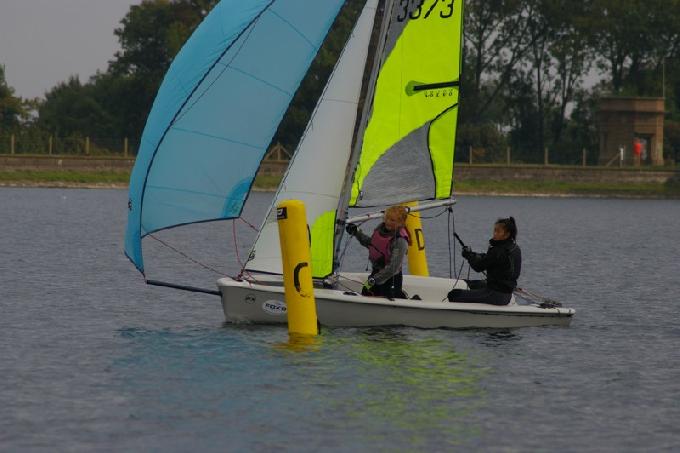 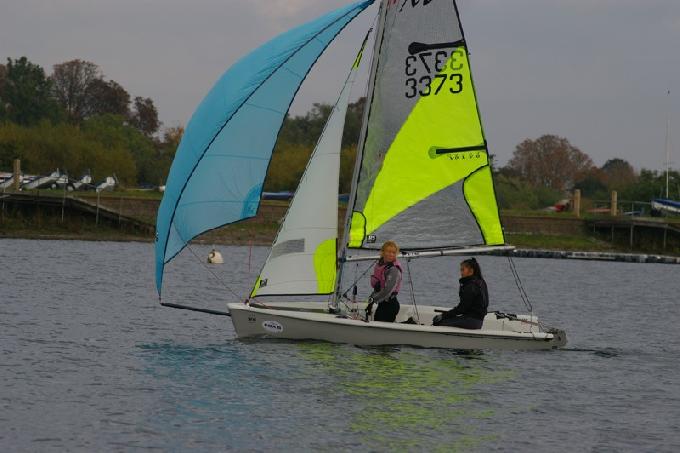 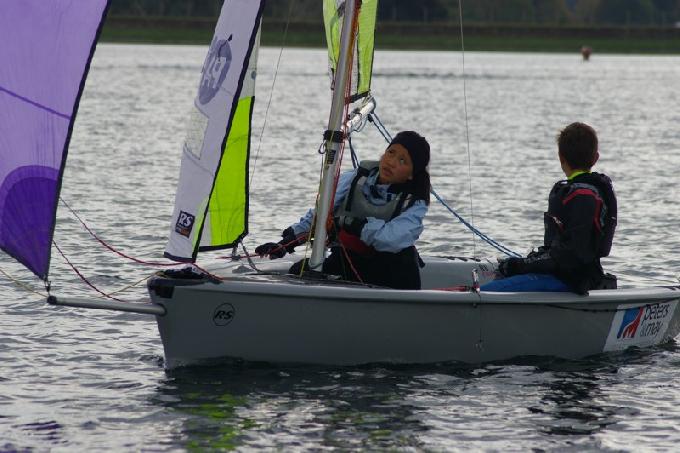 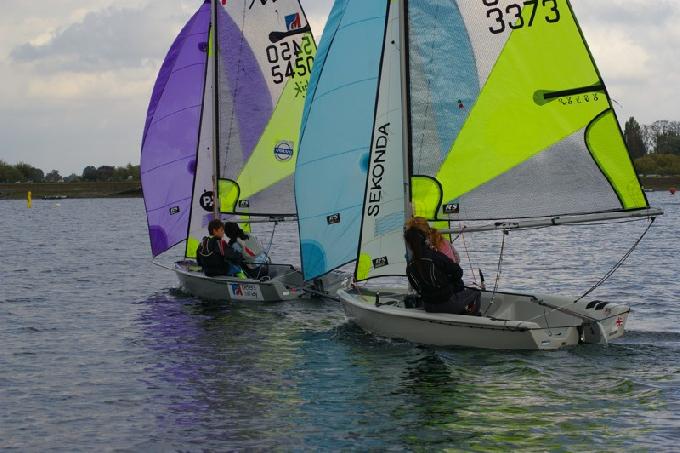 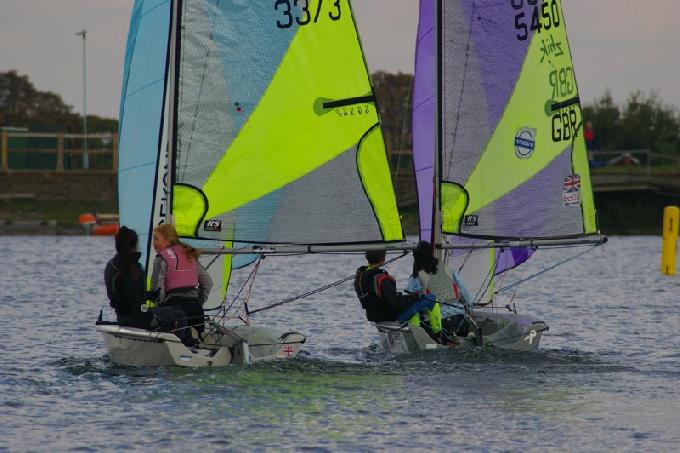 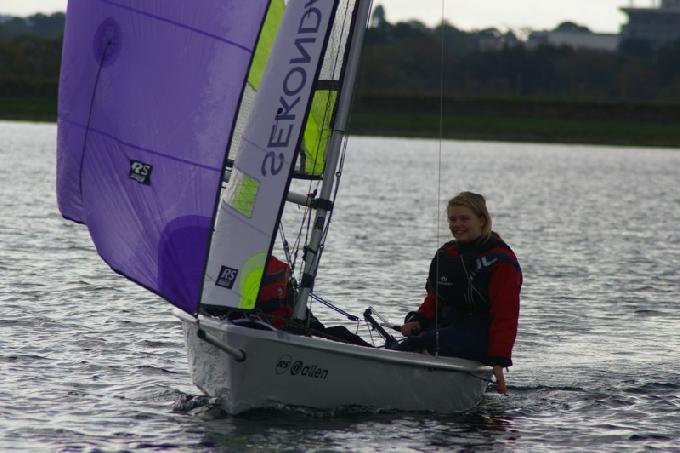 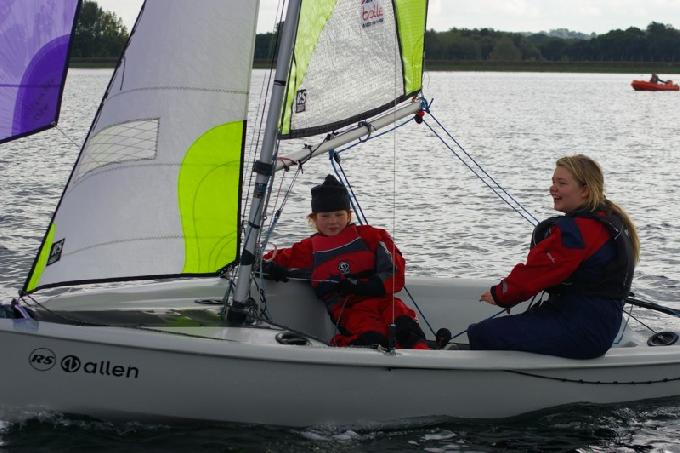 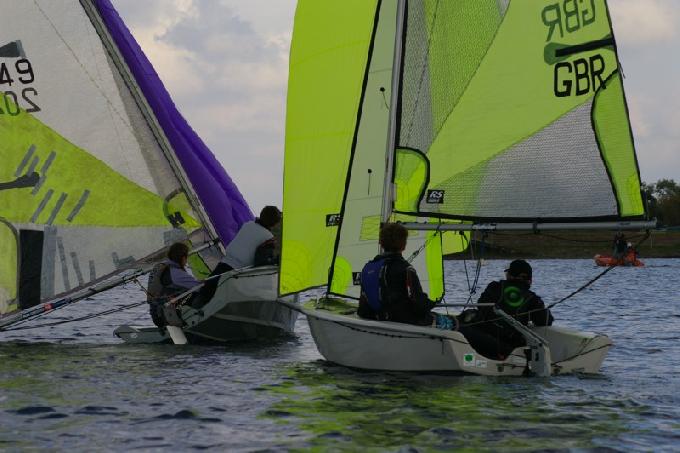 Here's a the full album- good and (mostly)  not so good that I took.  Facebook users can find some video on Safety boat operator C J Cavallari's newsfeed here.