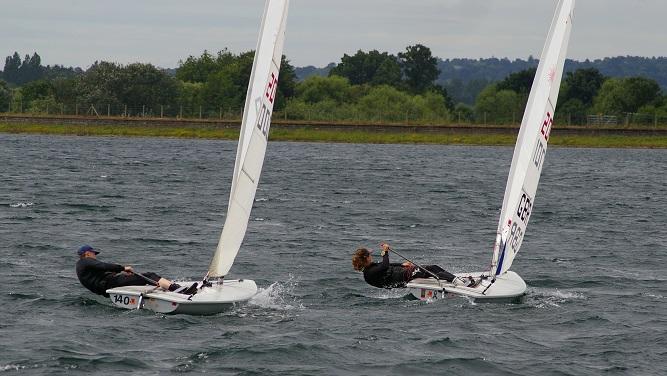 A splendidly brisk south come south easterly breeze and a reasonable turnout of visiting Lasers. Home turnout was a bit disappointing, but Kevin Pearson can be simultaneously excused and congratulated - first grandchild I understand...

Gareth waved the black flag was waved at the briefing, but not again thereafter and in general it was a good competitive day.

Race one started with a recall but just one boat having to return, and by the time the leaders had reached the third mark of the triangle/sausage course the day's story was being told. In the lead, and sailing I thought superbly, was Iona Dixon from Docklands in a Radial, being chased very hard, close, and equally capably by Daniel Wigmore from Grafham in a full rig boat. Already at this stage there was quite a gap behind these two, and then the pack, with roughly equal numbers of Radial and Standard Rig boats, was battling hard. The two leaders changed places several times, but in the end Daniel just got the gun, with William Birchall from QMRSC, in a Radial, picking up 3rd.

Race two started in similar vane, with Daniel leading and Iona chasing hard, but at the top of the first run the Radial topmast gave way, and Ms Dixon was towed home to make a selection from her impressive collection of spare parts.  Meanwhile Wigmore hurtled round in full control and generous lead, whilst more drama occurred mid fleet, notably at the end of the run - see photos.  Second eventually went to Simon Hamment from Papercourt (Standard rig), with Birchall third again.

After a generous lunch matters resumed as before. There was plenty of sparkling sailing, inspection of the undersides of boats, technical runs and high speed reaches, but in the end both races were 1,2,3 for Wigmore/Dixon/Birchall. Particularly notable was Wigmore's fleet crossing port end start in the final race.

Simon Hamment was 2nd Standard rig and 4th overall, and Chris Nash from Maidenhead 3rd Standard and 6th overall. William Birchall was 2nd Radial and 3rd overall, and Robert Blois 3rd Radial, 1st Master and 5th overall. So the Radials and Std rigs were pretty well mixed up together in the conditions. Full results here.

Ben Sharp, BTW, would have placed a very respectable 5th, had he been sailing a Laser. 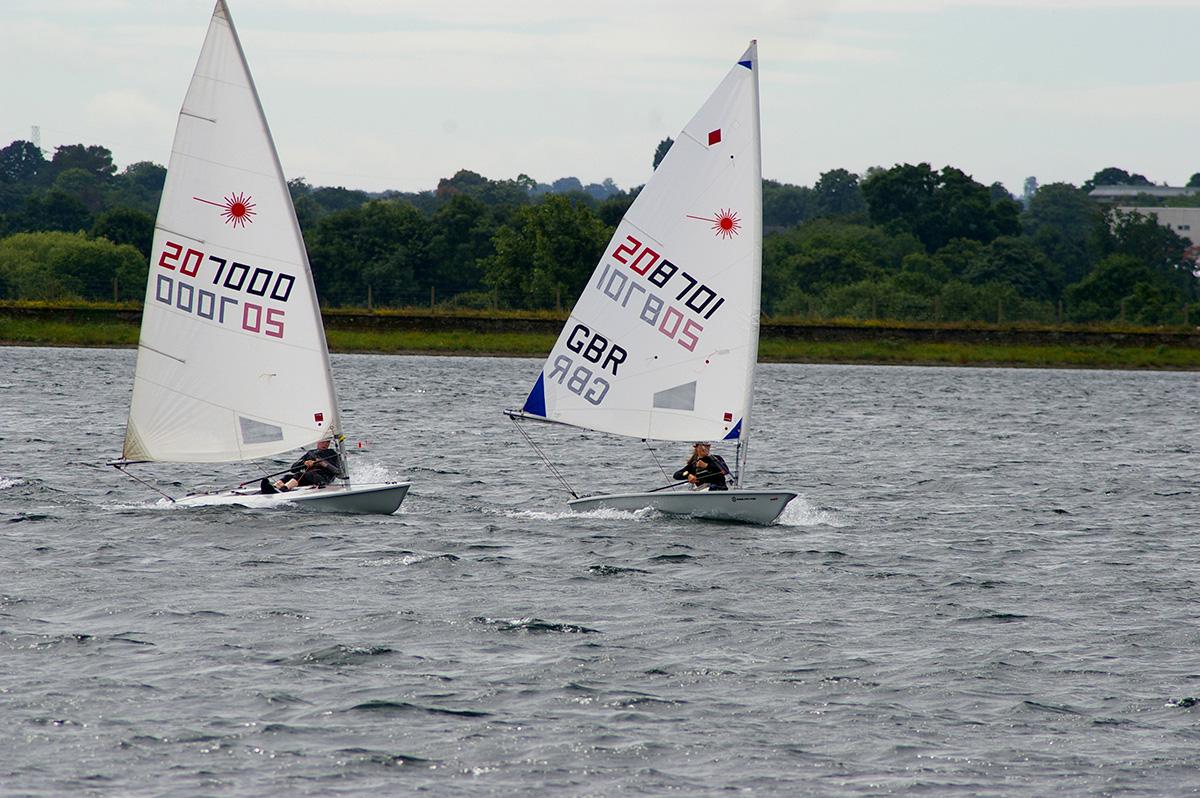 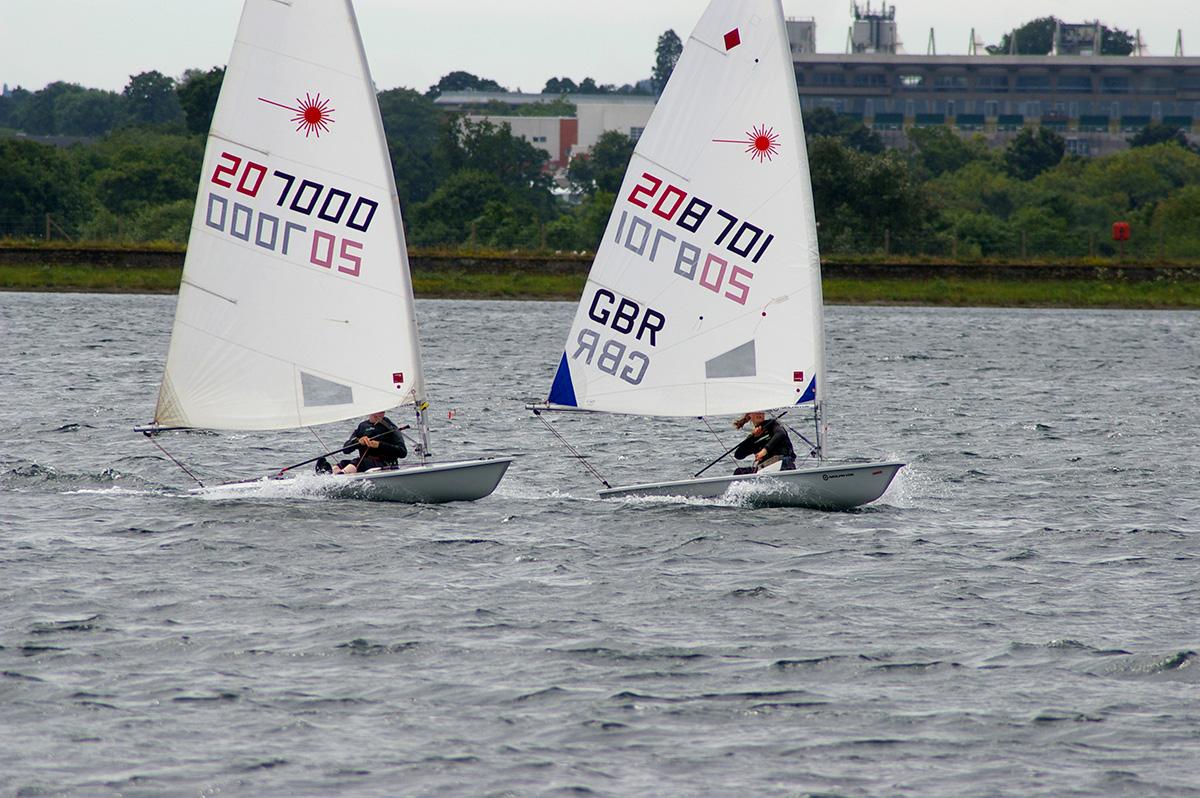 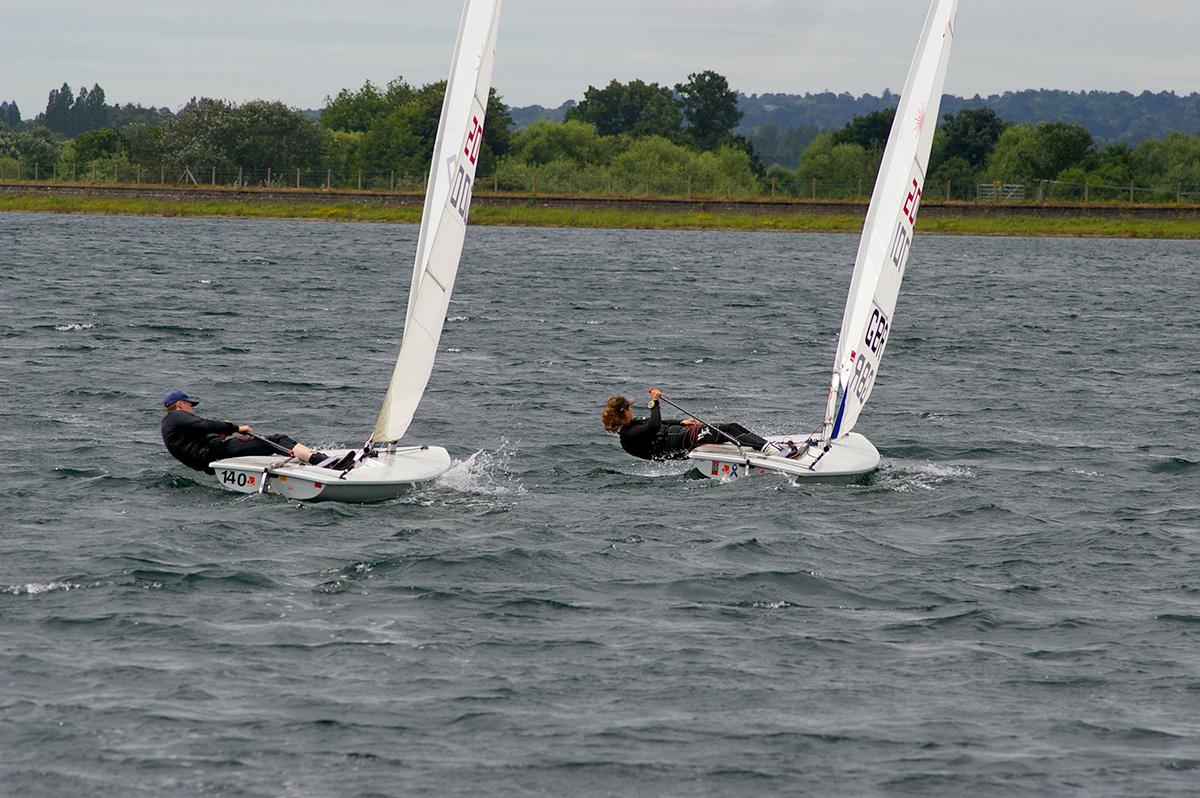 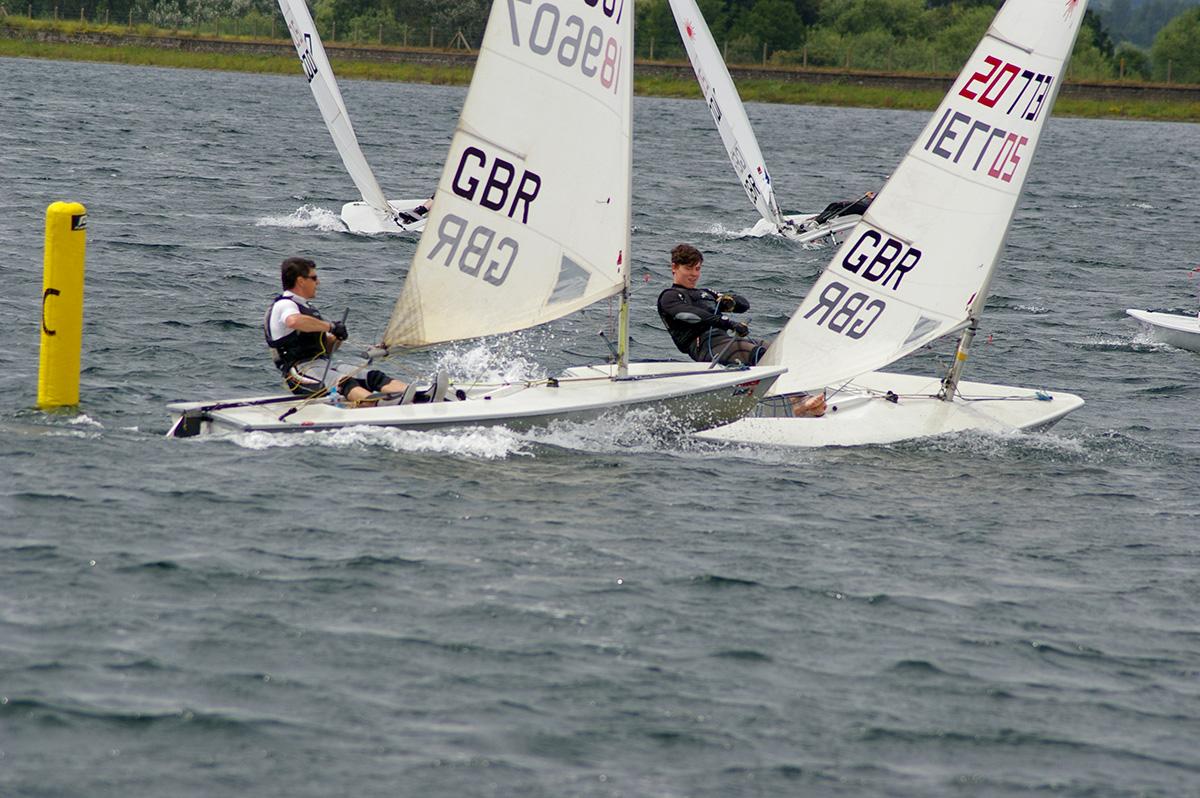 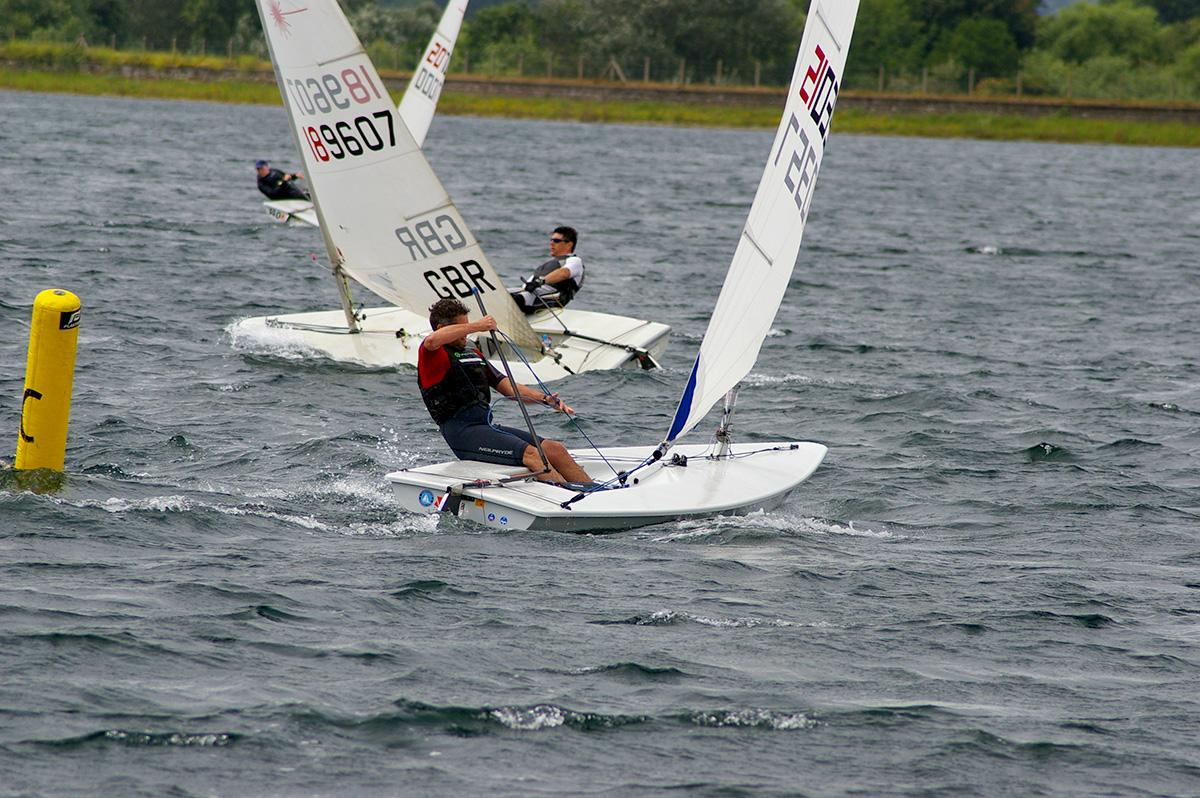 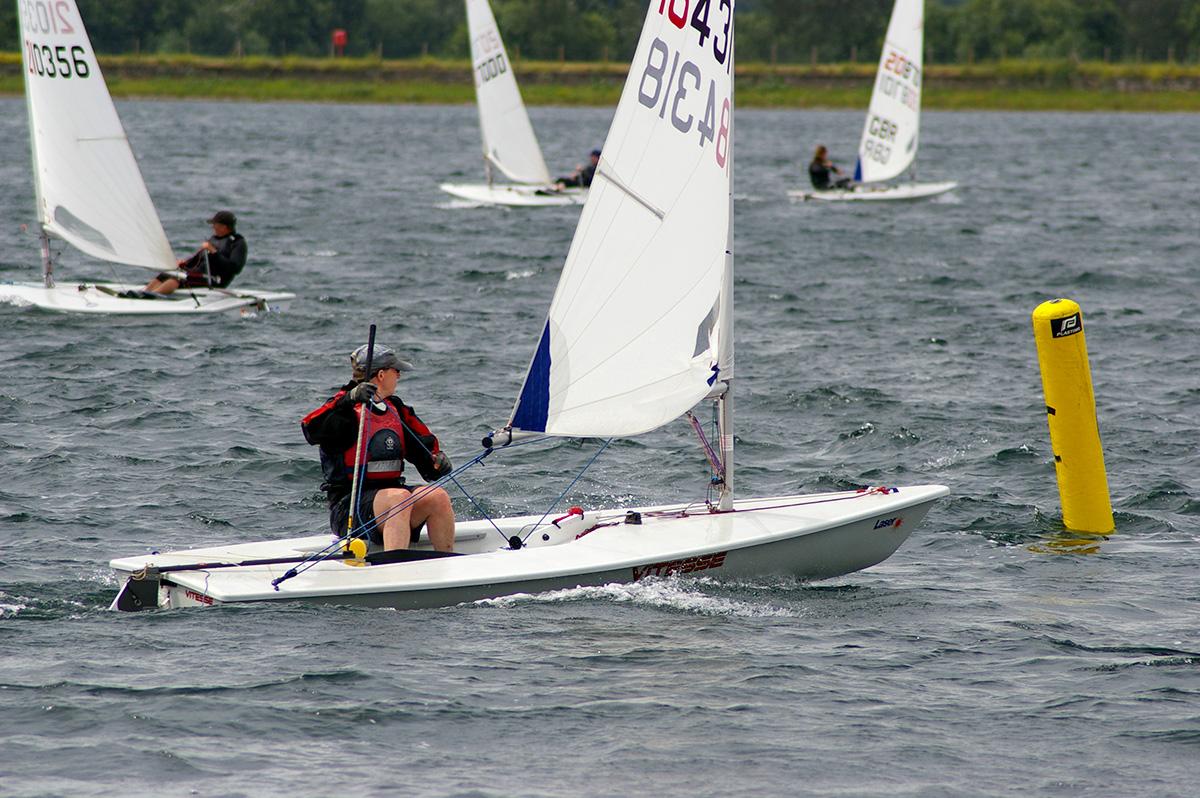 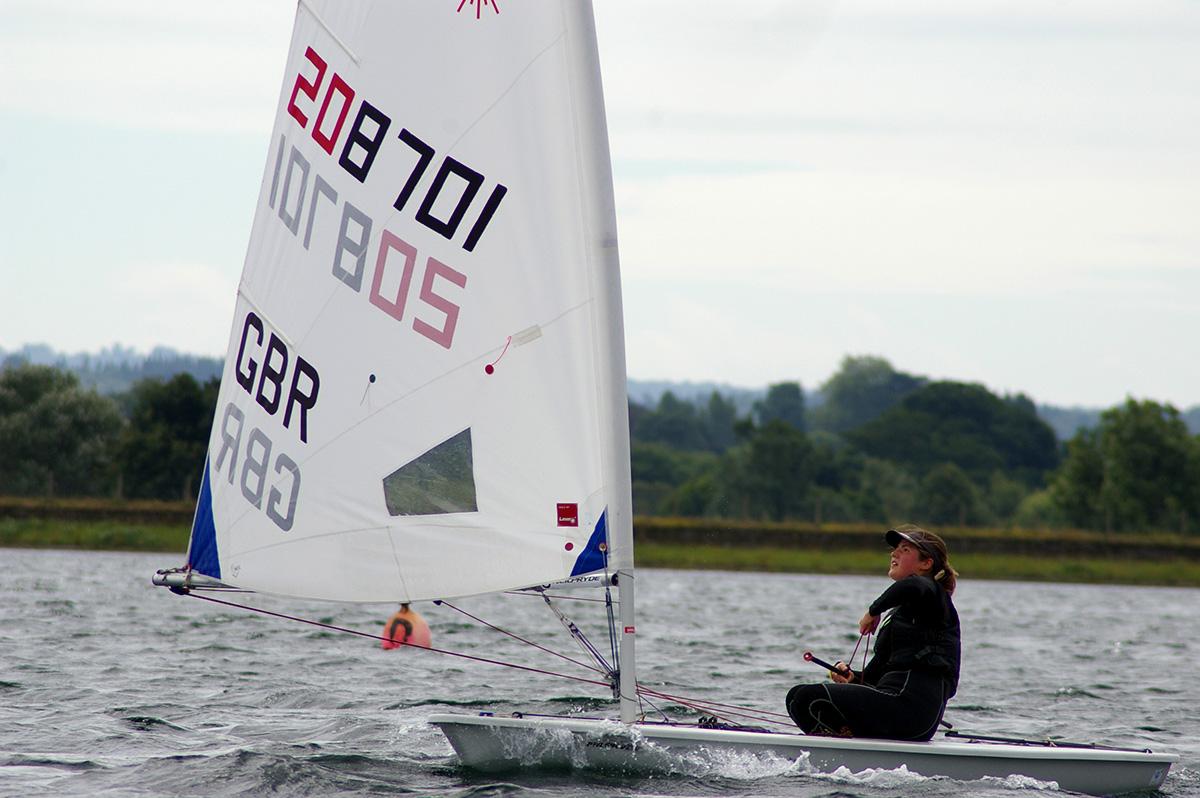 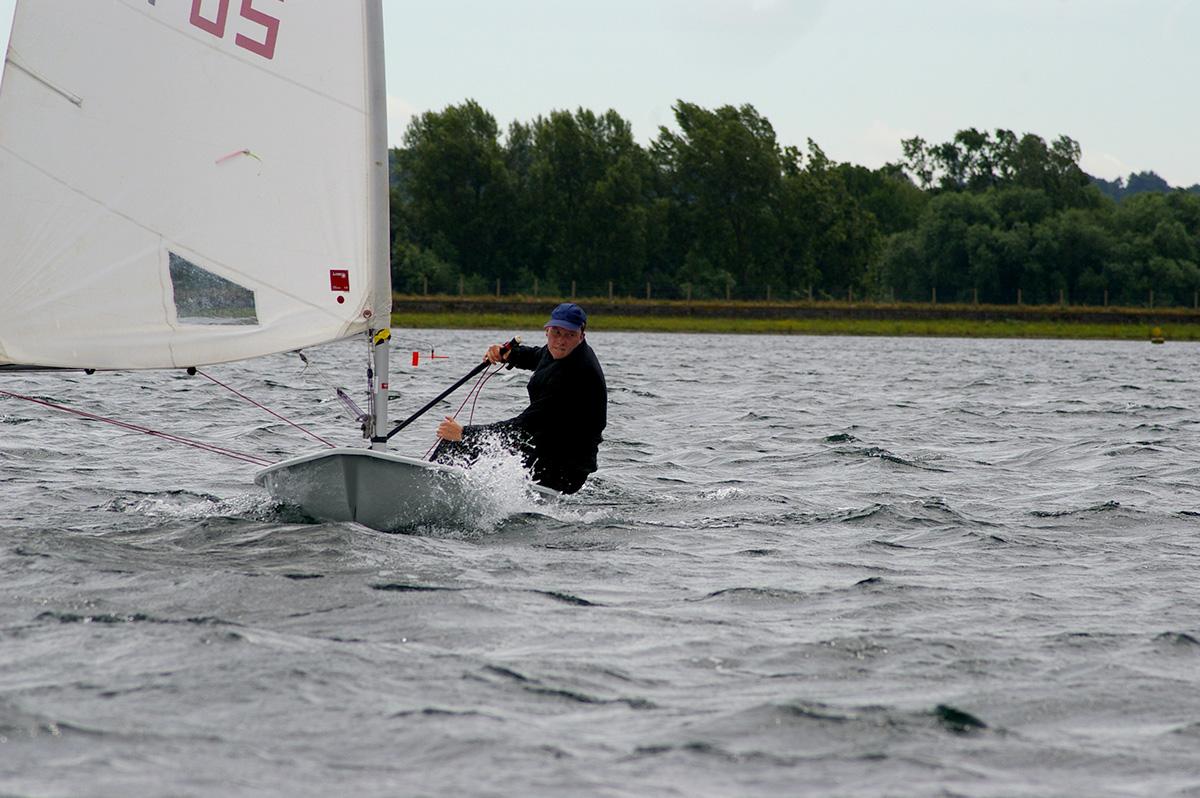 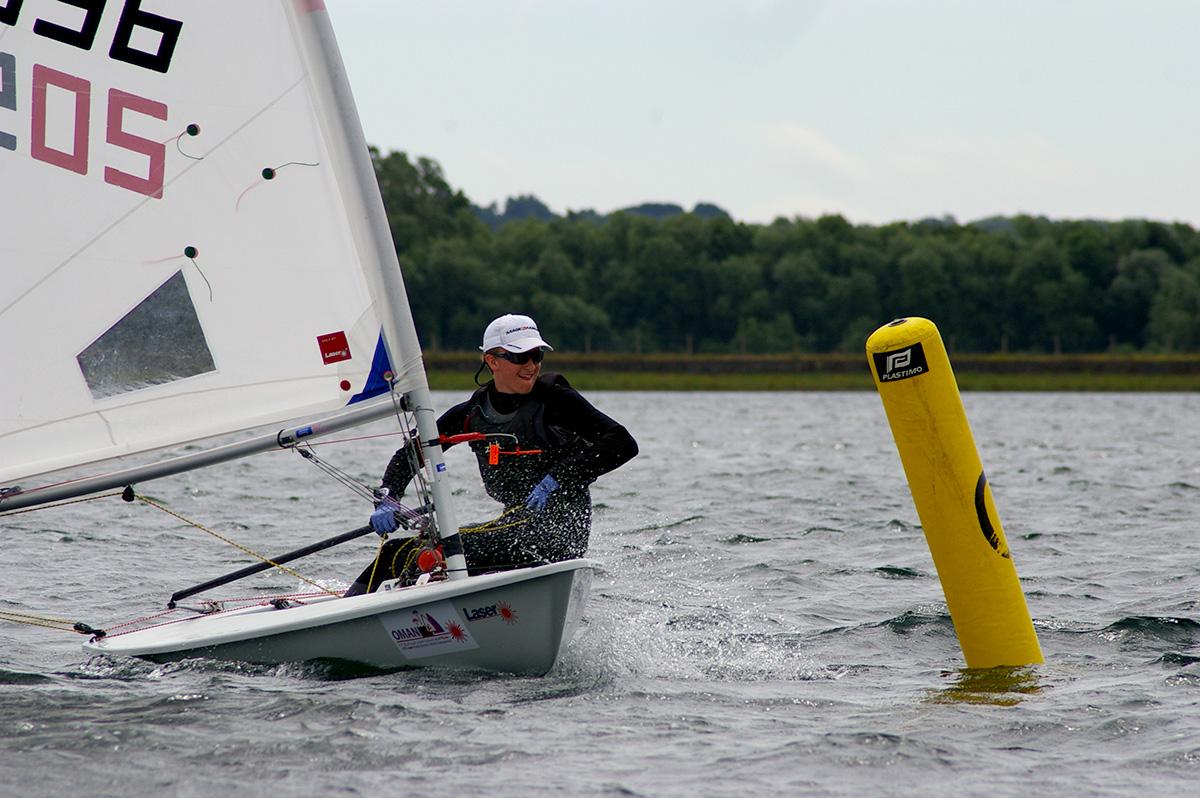 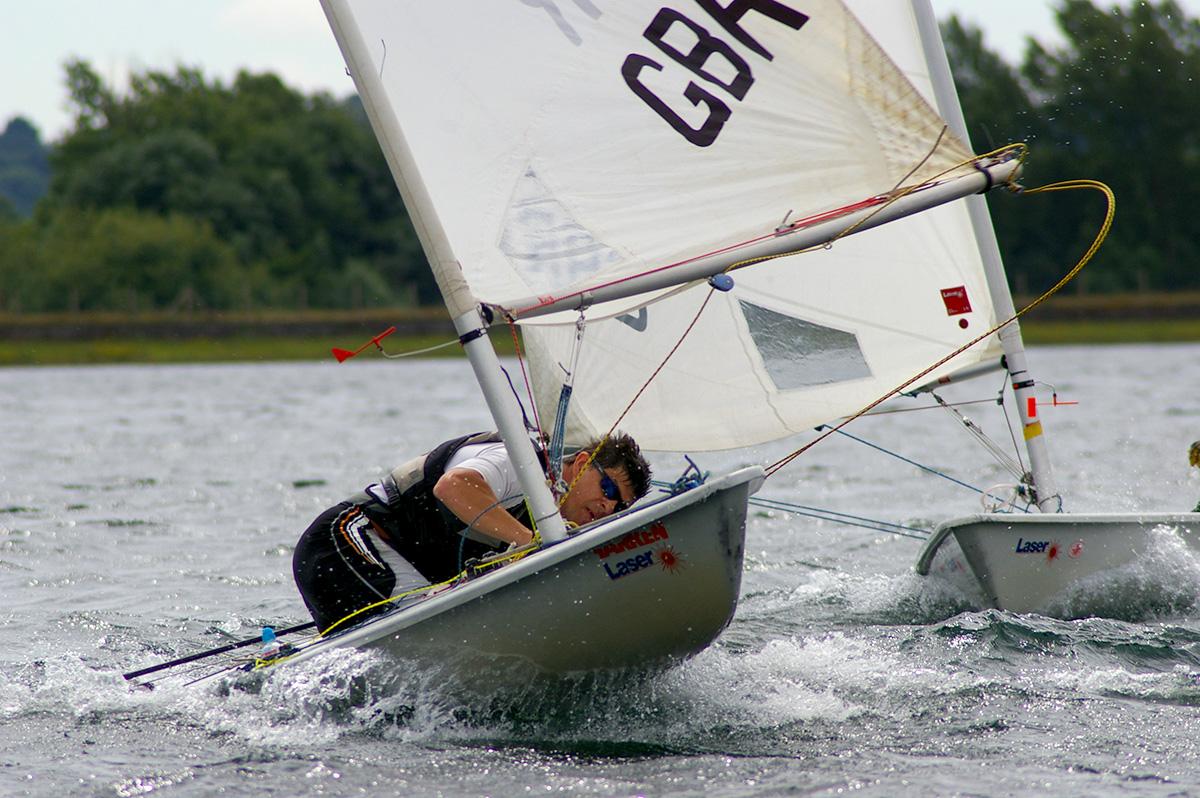 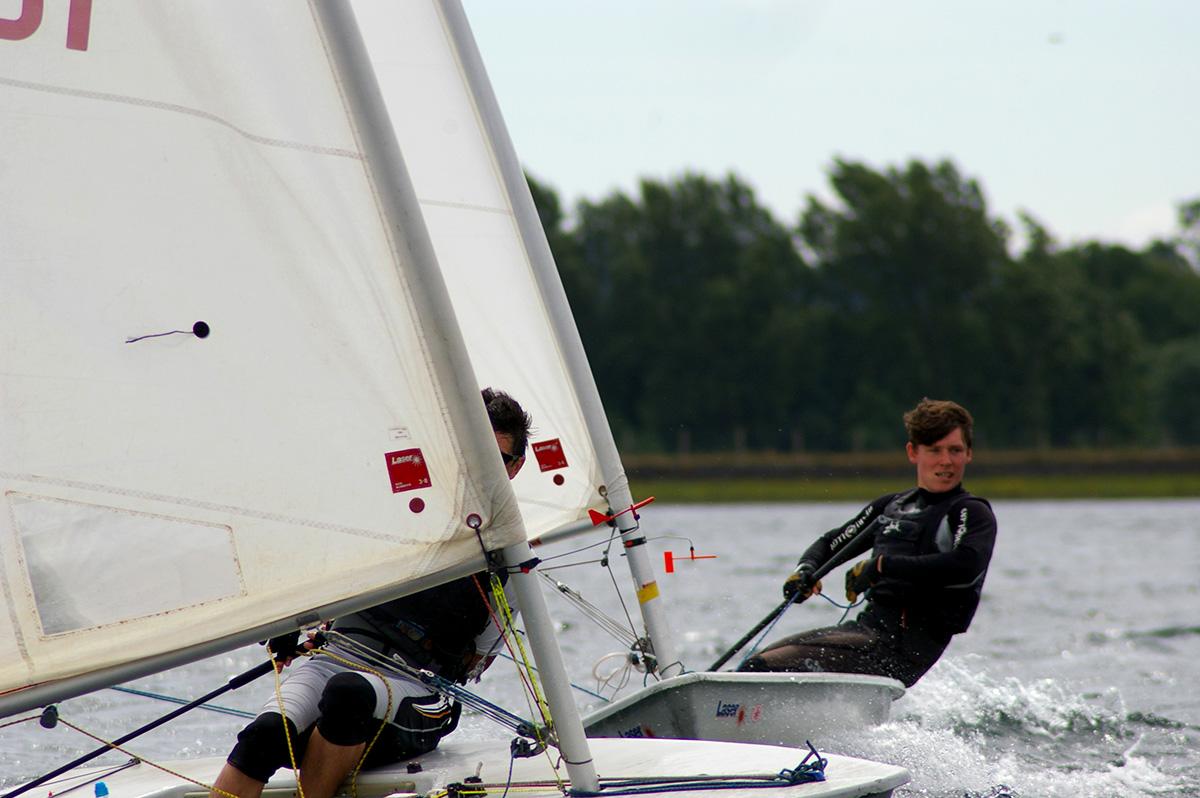 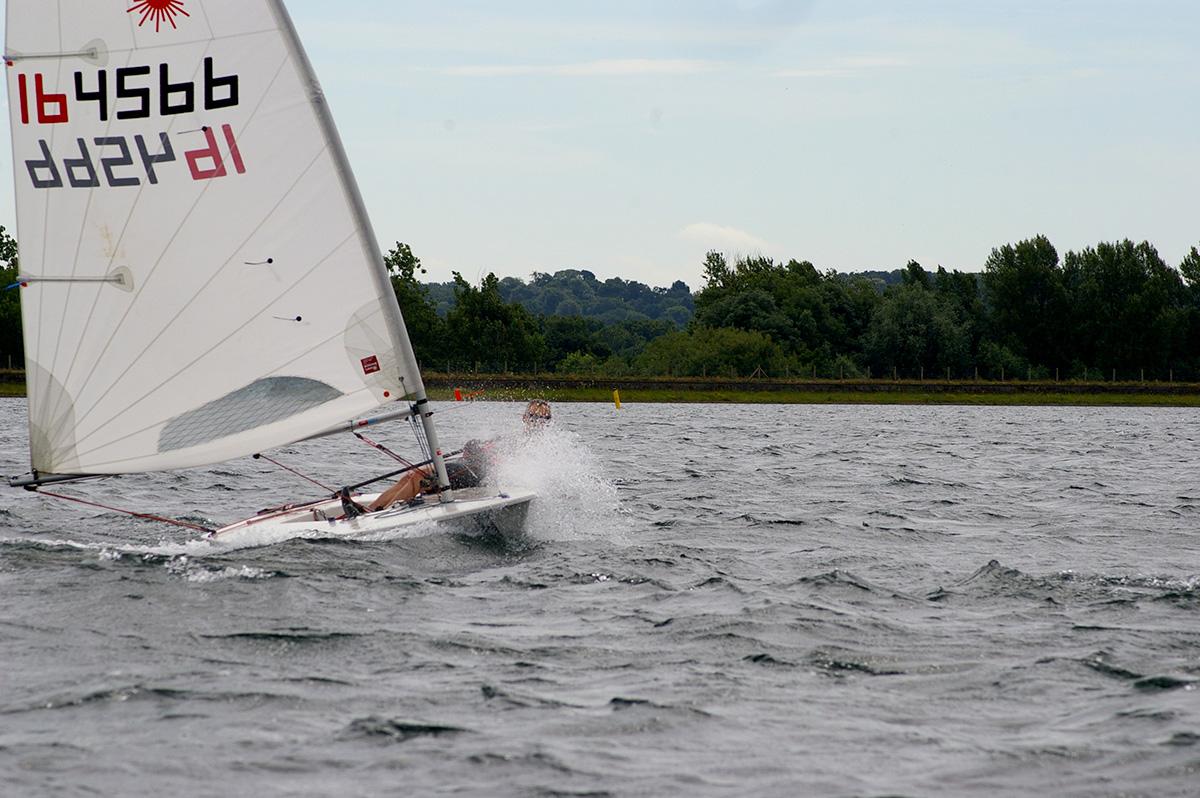 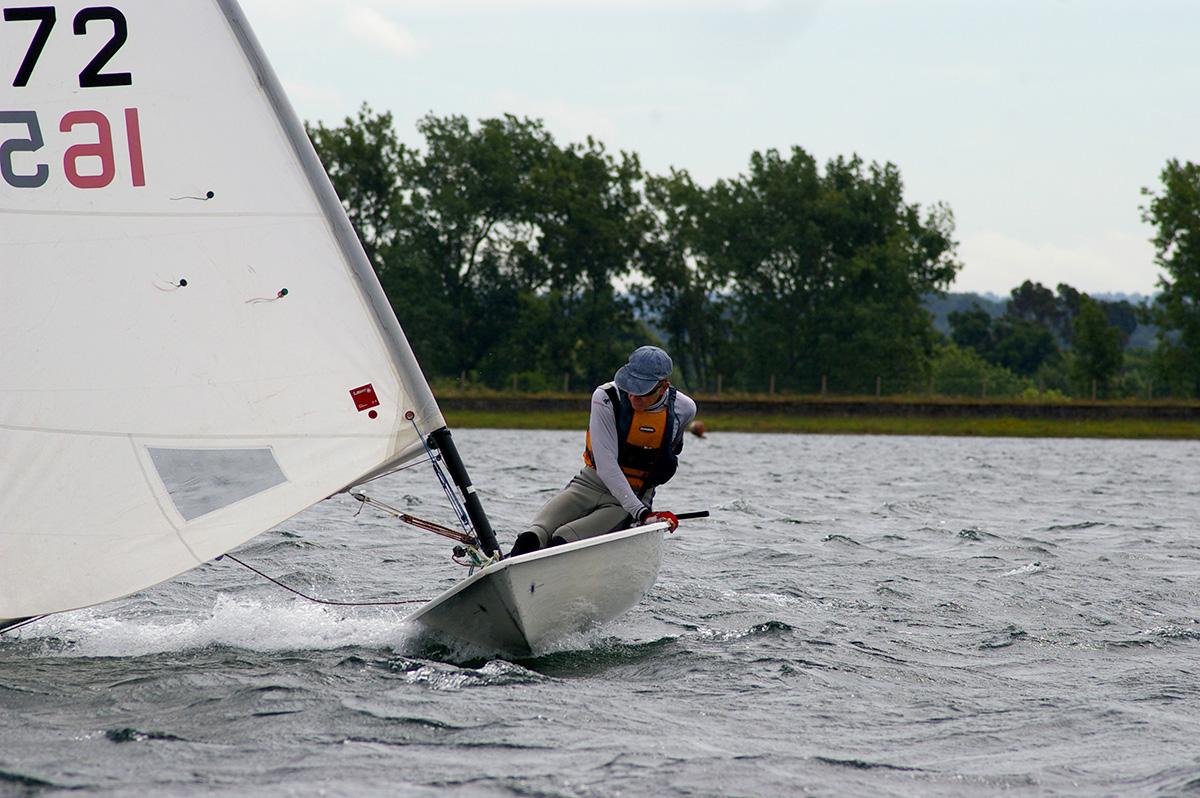 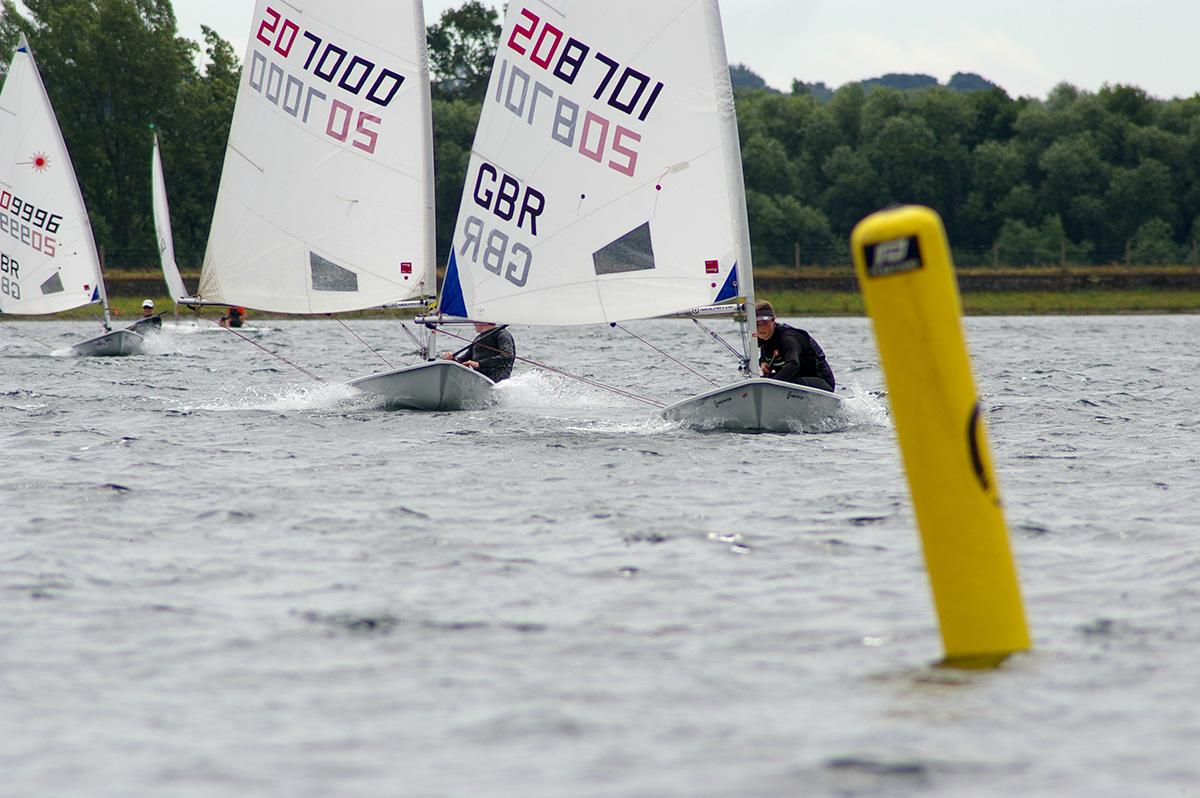 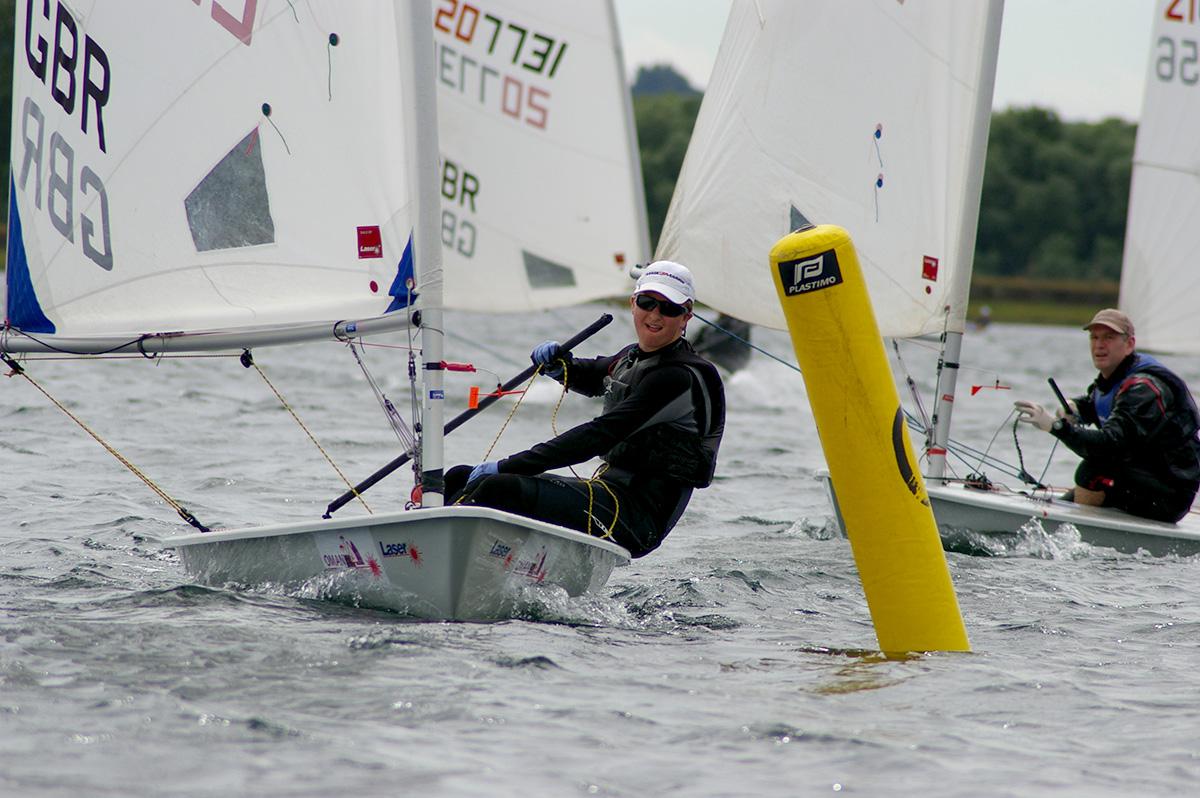 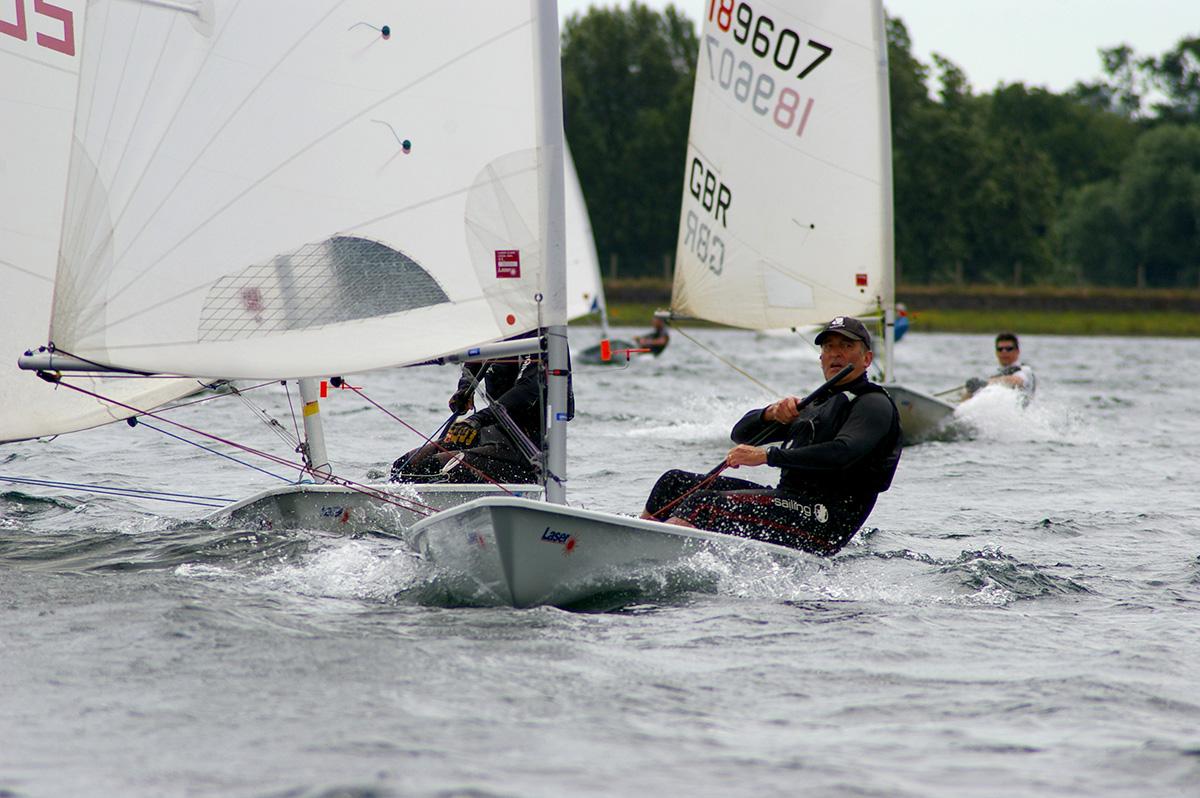 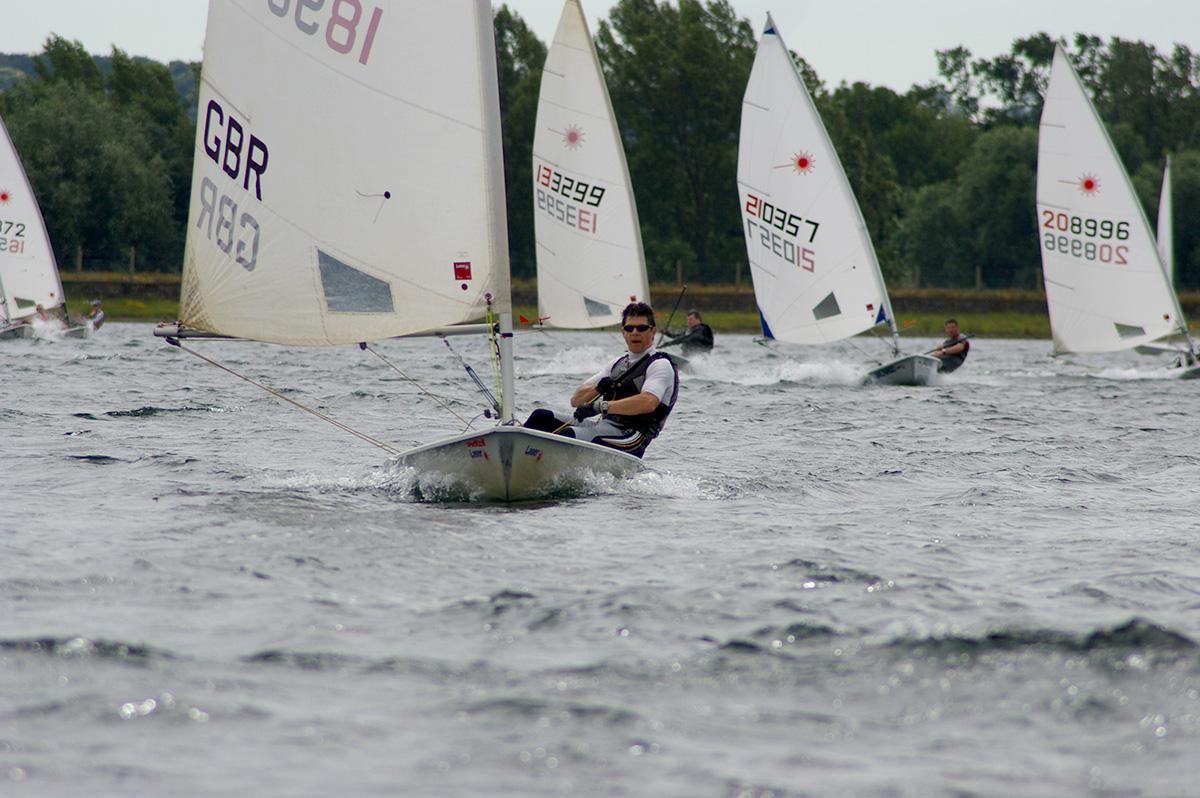 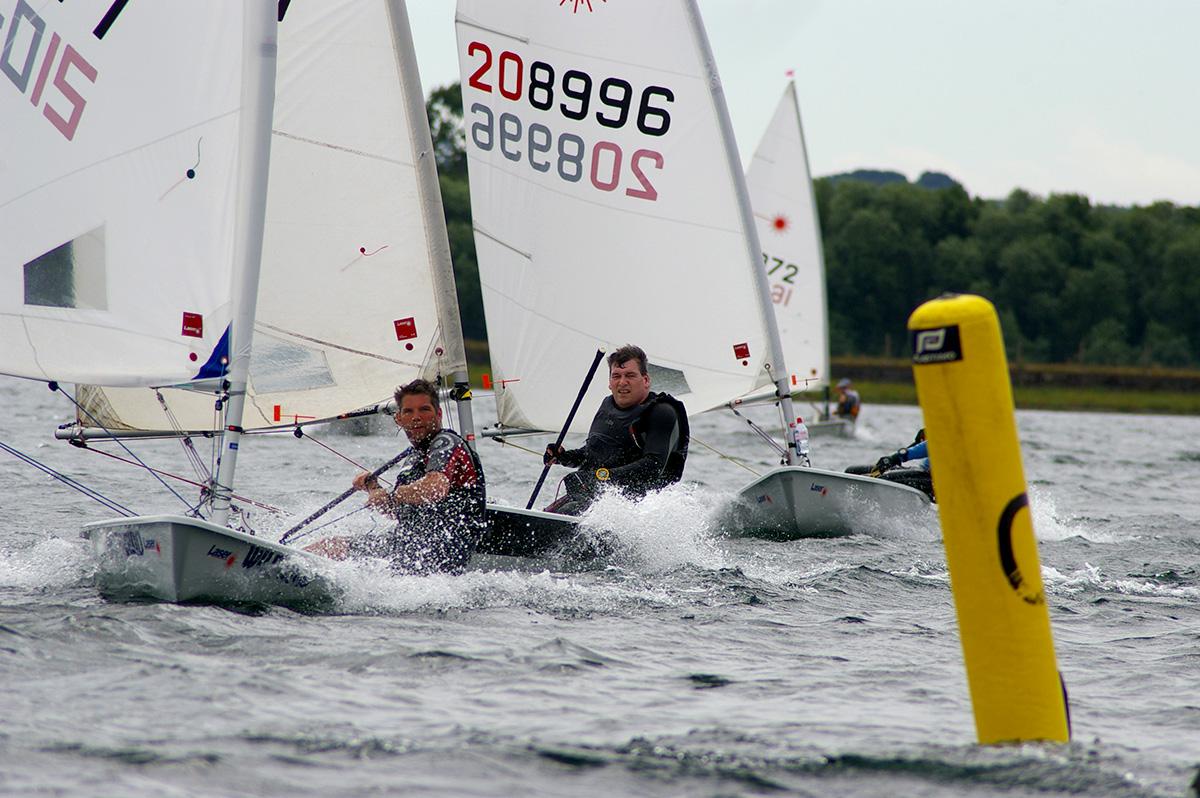 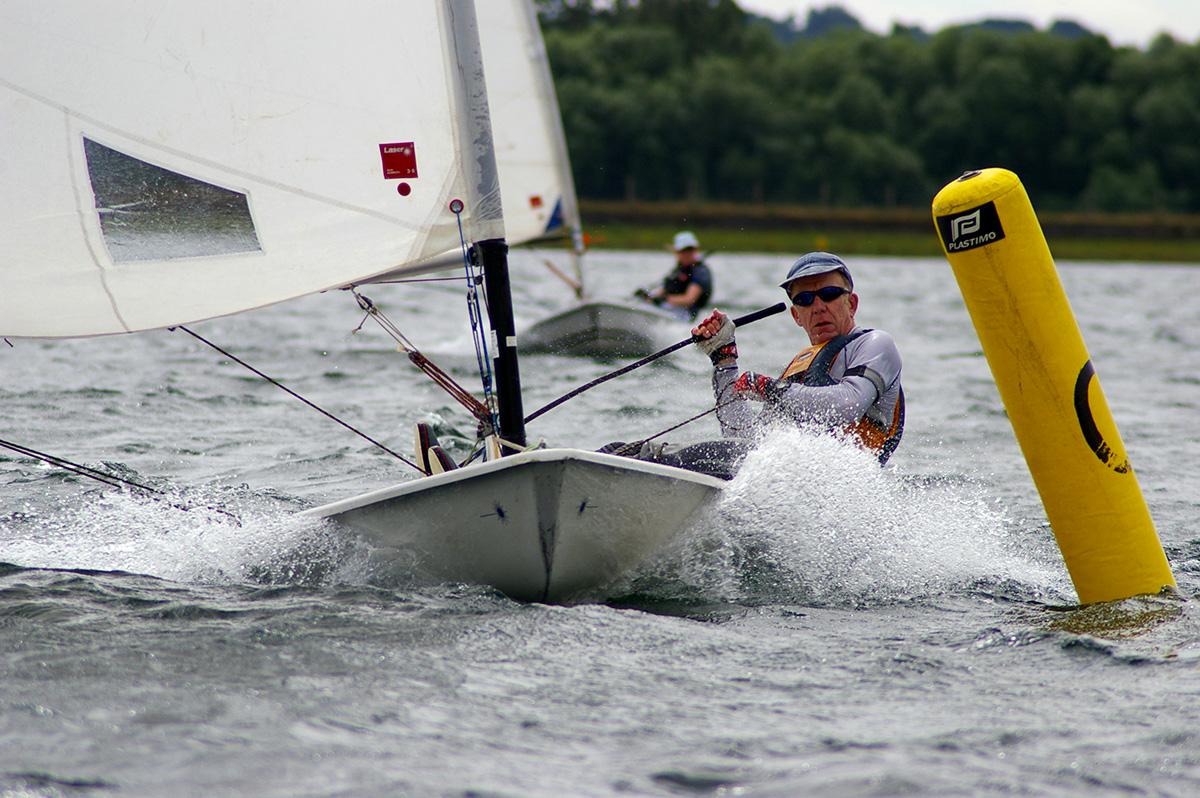 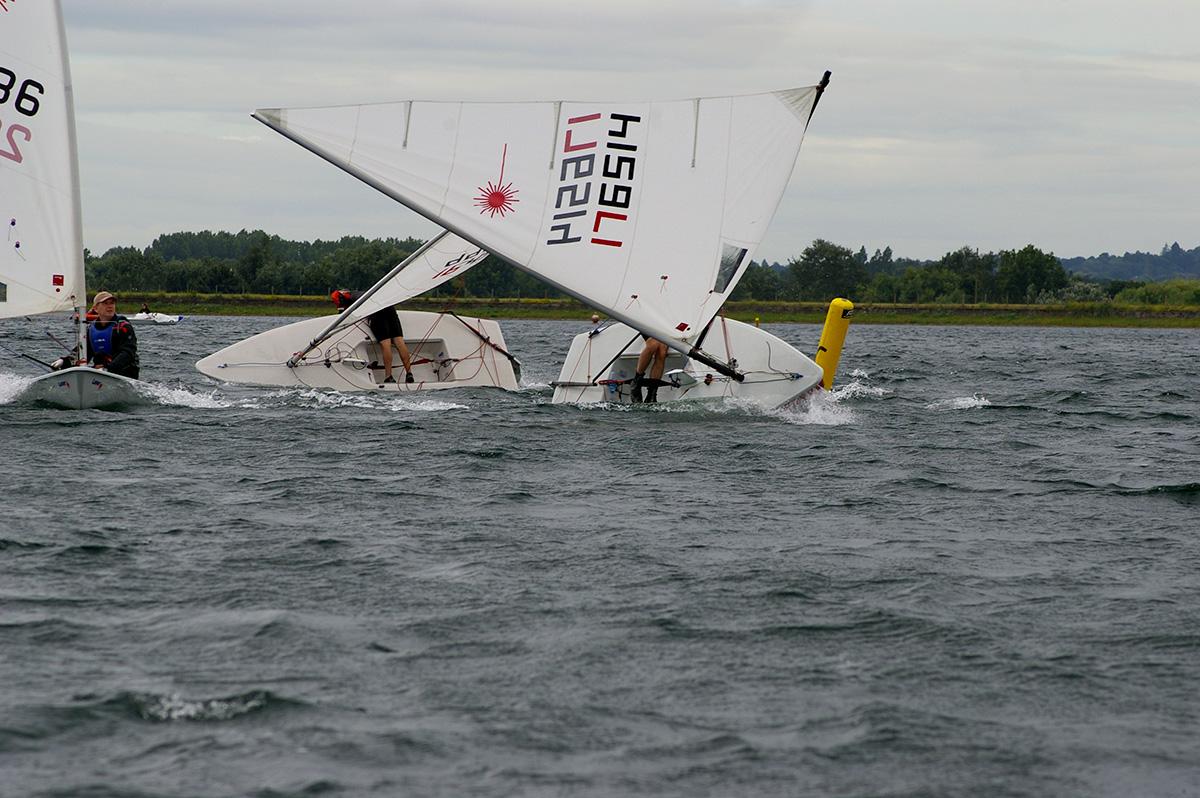 You may take copies for private personal use, and for use on official Class Association publicity material and websites, but all other rights are reserved. Photos © Jim Champ